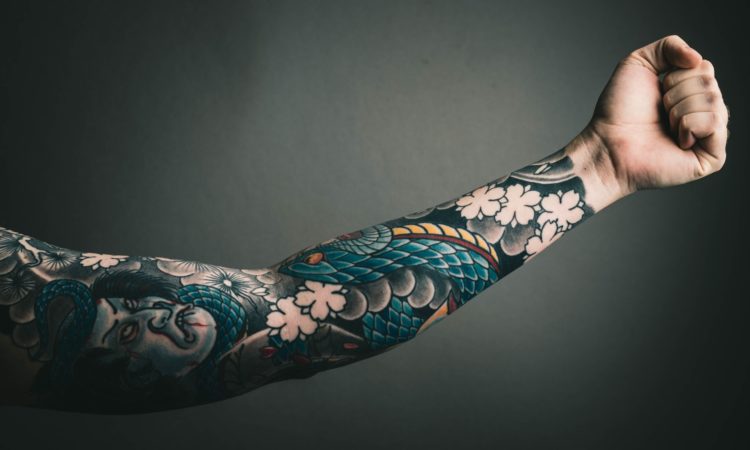 When most people think of all the incredible technology present at modern hospitals, things like like MRI machines, PET scans, or even the classic X-Ray would come to mind first. But some of the most important biomedical sensors that medical professionals use aren’t huge, complicated instruments. Small devices, such as pulse oximeters, EKG electrodes, or even simple thermometers give nurses and doctors some of the most valuable information that they need to help treat patients, and are very simple and less intensive to use. To help further monitor vital signs, researchers are constantly developing new smaller and less invasive sensors.

Of all the non-invasive designs for medical sensors, so-called “wearable” sensors are some of the most exciting. These sensors are designed to be attached directly to the skin of the patient, requiring them to be ultra-thin and incredibly flexible. But, when done correctly, these devices are almost unnoticeable to the patient while still delivering a stream of data about their condition. In this research, scientist have created a new form of sensor that is sensitive enough to measure a patient’s pulse, and can be applied to the skin like a simple temporary tattoo.

To accomplish this, the researchers designed a new form of a sensor known as a strain gauge. These devices sense when a surface is stretched, using electricity to determine just how strong the force is. They usually consist of a zig-zag pattern of an electrically conductive material; when the material stretches and becomes longer, the electrical resistance increases, which can be measured and related directly to the amount of strain. To make a micro-scale version of such a device, the scientists used a newly developed material: MXenes.

Generally, MXenes are made of compounds with metal and carbon or nitrogen atoms, which form structures of stacked, nanometer thick layers (Figure 1A). The specific MXene the authors studied is made from titanium and carbon atoms, called Ti­3C2-MXene, and can be made relatively easily by a water-based reaction. The resulting MXene layer is thin, electrically conductive, and flexible, making it a great candidate for a wearable sensor. After making the MXene layer, the researchers could use a laser to cut it into the shape of their final strain gauge (Figure 1B) and layer it between two thin sheets of a flexible plastic (PDMS) to protect it (Figure 1C), before testing its performance.

After this, the scientists wanted to understand how exactly the material was able to change its resistance with strain. To do this, they observed it in real time with scanning electron microscopy (SEM) while they stretched it. Even without any strain, they could see tiny cracks in the MXene layer. But as the strain increased, these cracks expanded, getting wider and wider (Figure 2C). The author theorized that these gaps make it more difficult for the electrical current to travel along the MXene, which increases the resistance. Because of this, when the material is stretched and the gaps get wider, the resistance increases. When it relaxes again, the cracks close, letting the resistance go back down.

Finally, the researchers needed to test how well their sensor worked in a real-life situation: applied to a human. When they transferred the sensor to someone’s wrist, the device stuck in place, even conforming to the tiny ridges and valleys of their skin (Figure 3A). Once in place, they started to measure the device’s resistance. As the person’s skin was almost imperceptibly pushed by their own pulse, the sensor picked up this slight movement, and clearly showed their pulse (Figure 3B). With this data, the scientists could determine the person’s pulse rate, as well as even the individual features of a single pulse, caused by the different parts of the heart moving at different times.

But this device was not limited to just recording pulse information. When placed on the arm of a person lifting weights, the sensor measured each individual movement of their bicep (Figure 3C). As an even more sensitive test, the sensor was attached to a subject’s throat, where it was able to pick up the vibrations of their Adam’s apple as they made different sounds (Figure 3D). The researchers even showed that different sounds made unique patterns, potentially letting them determine what sounds were made just from the data the sensor collected.

While all of these results show that this new form of MXene-based strain sensor could have many potential medical applications, there are still a few issues that need to be worked out before it can be used with actual patients. Namely, the sensor started to degrade after only a few weeks of storage, and its measurements are sensitive to the temperature of its surroundings. But once all these imperfections are addressed, wearable biomedical tattoos could have the potential to make medical data collection easier and more comfortable than ever before.