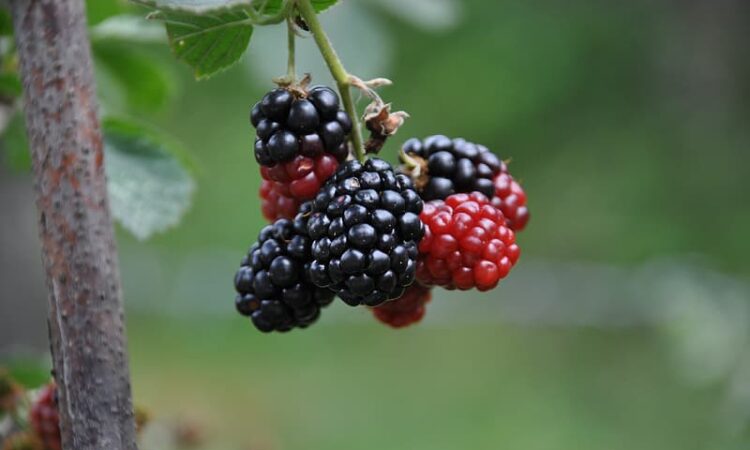 Mulberry plants are of great interest worldwide, not only because their leaves are the only foodstuff for silkworms, but because their berries are touted as natural remedies for different negative conditions such as diabetes, high cholesterol and anxiety. Indeed, both the leaves and berries of the mulberry plant have been used in traditional Chinese medicine for more than 5000 years. In a growing push to understand how traditional medicines work, researchers at the Guangdong University of Petrochemical Technology analyzed various preparations of mulberry juice and their effect on cancerous colon cells.

Mulberries are known to contain various classes of chemical compounds such as polyphenols, anthocyanins and flavonoids, which are antioxidants. These compounds consume free radicals (highly reactive, unpaired electrons) and prevent oxidative damage to your cells. Therefore, the initial hypothesis for why mulberries may alleviate free radical-producing diseases like diabetes and cancer was that it contains antioxidant compounds (Fig 1).

To test their hypothesis, the researchers, Cui et al., ground the mulberries into a paste and used either water or an ethanol-water mixture (75% ethanol and 25% water) to extract compounds of interest and remove things like sugar and surface dirt. Afterwards, they freeze-dried the ethanol-extracted samples (partly to remove the ethanol) and boiled both extract preparations for upwards of 1 hr. Their thought in freeze-drying and boiling was to evaluate various storage and preparative methods that grocers and producers may use to sell mulberry juice.

Finally, Cui et al. added both the unheated and heated mulberry juices extracted with either water or ethanol-water, in total 4 combinations, to the cancerous colon cell line. Interestingly, the boiled extracts of both water and ethanol-water significantly inhibited the growth of these cells, even when compared to a contemporary chemotherapeutic agent fluorouracil. As growth inhibition is currently the way to treat cancerous growths, this result was worth exploring. Furthermore, looking at the cells using a bright-field microscope, they saw various changes to the colon cancer cell’s shape, including shrinking nuclei and the appearance of cell death markers known as apoptotic markers (Fig 2).

To determine how the mulberry extracts inhibited cancerous cell growth, Cui et al. quantified the main antioxidant components: the polyphenols, anthocyanins and flavonoids. They noticed how as you heated the mulberry extracts, regardless of extraction method, the anthocyanins decreased and the polyphenols and flavonoids increased. This was expected, chemically, as anthocyanins are large, unstable and are known to decompose upon heating in other fruits such as grapes and strawberries. However, more surprising was upon testing the antioxidant property of each extract, they found that the heated samples had significantly less antioxidant activity than the unheated samples. Looking further in the literature, the authors realized that the mulberry’s antioxidant property was linked to its anthocyanin content than other compounds. However, taking these facts together, they wondered how exactly the mulberry was inhibiting growth if it was not through an antioxidant method.

It turns out that the extracts were working in a pro-oxidation way, increasing the free radical species in the cancerous cells rather than decreasing them. Cancer cells typically have a higher free radical count than normal cells, which is useful if you want to cause enough stress to the cancerous cells that they undergo apoptosis. The boiled mulberry extracts generated even greater free radical formation, which hindered cancerous cell growth. However, if going forward with this mechanism, the authors worried about employing a free radical directed method when normal cells could also be affected by it long-term. Most likely though, the free radical increase in our bodies from the metabolized mulberry juice would not be enough to cause long-term damage to our normal organs.

The authors Cui, Zhang and Zhao demonstrated strong anti-colon cancer effects of mulberry extracts in an ideal cell culture system and identified its mechanism of action as pro- rather than anti- oxidation. Future studies on how the body processes mulberry juice and how many of the antioxidant compounds make it throughout the body would support the claim that boiled mulberry juice acts as a cancer-preventative agent.