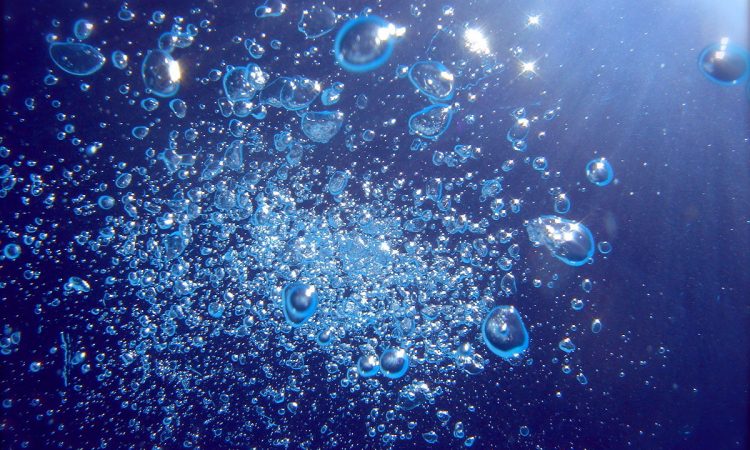 Title: A liquid-liquid transition in supercooled aqueous solution related to the HDA-LDA transition

Water is a very special molecule: its geometry and properties allow the existence of life as we know it! Julia, in a previous post, has shown us its dynamics and the way the charges are transferred within it.

The characteristic that makes water so peculiar is its hydrogen bond network (Figure 1). Among the consequences of this network, ice is less dense than water, thus it floats and life can continue under it. Despite its importance, there is still much unknown about it. In this paper, the authors have observed a new liquid form of water at -80°C. In order to reach this temperature at a normal pressure, it had to be supercooled.

Supercooling is a physical process occurring when the temperature of a liquid is lower than its freezing point (liquid-solid transition) without the formation of any solids. For example, the water temperature can be lowered down to -48.3°C in certain conditions prior to the formation of the first ice crystal.

Calculations previously indicated the presence of a new and unobserved form of water that should exist at temperatures that are lower than -48°C. A new critical point (where the two phases coexist) was then predicted. [1]

Thermodynamically speaking, a critical point can be explained by using the pressure-temperature diagram (P-T diagram) of a pure substance: here we can observe how the phase of a substance changes when we change pressure or temperature (Figure 2).  The solid lines that separate single phase regions represent two states coexisting in equilibrium. The critical point is the point where the equilibrium line terminates. After that point the two phases become indistinguishable: a superfluid is a good example, it can diffuse through a solid as a gas and can dissolve a material like a liquid. To verify the existence of this new critical state, the authors of this paper added ionic liquid hydrazinium trifluoroacetate (N2H5TFA).  This salt decreases the temperature of the ice formation and behaves in an ideal way: it does not change the structure of the water and of the hydrogen bonds. Infrared (IR) spectroscopy and calculations were used to confirm this ideality.

This technique allows scientists to look at the molecular vibrations. Because they are specific to the type of bond that is vibrating, it is possible to determine the structure of a molecule. Thus, IR spectroscopy was exploited to study the OH–OH bonds and to observe their changes during the cooling.

Different spectra were acquired while the temperature was decreased, at 7°C per minute, to  -134°C.

The OH stretching band decreased gradually with temperature like in supercooled water. However, this band disappeared at a temperature close to -83°C and a new OH stretch band was observed, indicating a change in the hydrogen bond structures. The intensity of the band kept decreasing with further cooling and it was confirmed to be reversible upon reheating. From preliminary data, it seems that this new form of water is more viscous than the form of liquid water that we know.

No ice was observed until reheating at -69°C, confirming that the observed transition did not involve ice formation.

Although not in pure water yet (adding N2H5TFA was necessary to decrease the temperature below -438.3°C),  in this paper, a second critical point in water observed. This means there is a new form of liquid water that is different from the water we know.