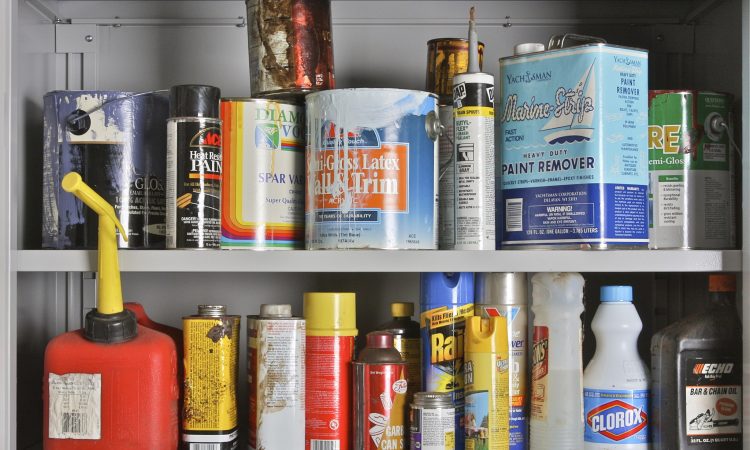 People use chemical products in their everyday lives. Whether it’s putting on cologne or perfume before a date, spraying a household cleaner onto your kitchen counter, or spreading a pesticide over your garden, chemical products are ingrained in both rural and urban lifestyles. Who would’ve guessed that these products could contribute to air pollution to a similar extent as emissions from automobiles? Even the researchers leading this study were surprised at the results and their implications for air quality.

Exposure to air pollution is one of the top global human health risk factors. In addition to primary air pollution, such as direct tailpipe emissions or smoke from a factory, volatile organic compounds (VOCs) can be oxidized to form secondary organic aerosols (SOA), a major component of fine particulate matter (defined as compounds thinner than the width of a human hair) that can cause both respiratory and cardiovascular diseases. Conventional thought has been that emission of VOCs is primarily due to automotive emissions. However, transportation emissions have decreased in the last decade, suggesting a shift in the significance of nonvehicular sources of VOCs as major contributors to air pollution.

Enter VCPs: volatile chemical products. These common household items include pesticides, coatings, printing inks, adhesives, cleaning agents, and personal care products such as cologne or deodorant. This groundbreaking study illustrates a decrease in the relative contribution of VOCs in urban environments from transportation fuels such as gasoline or diesel. This decrease is due to less carbon dioxide being produced, the increased effectiveness of catalytic convertors, and an increase in the contribution from volatile chemical products.

Figure 1 illustrates that VOC emission factors, defined as the emission amount in grams per kilogram of product, from volatile chemical products are 1-2 orders of magnitude higher than automobile exhaust, despite the sales of volatile chemical products being substantially smaller than that of automobile fuels. Urban air quality indexes often overestimate the contributions of VOCs from vehicles and underestimate the contributions of VCPs. The researchers in this study are attempting to shift the focus on contribution of VOC emissions from petrochemical sources away from vehicles and towards VCPs. About 15-42% of petrochemical VOCs are attributed to mobile sources, while 39-62% of petrochemical VOCs are attributed to VCPs.

By comparing the chemical fingerprints of the compounds found in urban air pollution to those found in indoor environments, the scientists were able to determine the nature of the compounds in VCPs which contributed to poor air quality. The compounds in VCPs include ethanol and isopropanol in alcoholic beverages, acetone in paint thinners, chlorinated hydrocarbons in cleaning agents, volatile methyl siloxanes in personal care products such as deodorants, and limonene and α-pinene from fragrances in colognes and perfumes. Figure 2 further illustrates the increased risk of SOA formation potential and VOC reactivity with the hydroxyl radical (OH) of both consumer and industrial VCPs, despite significantly lower product use when compared to fuels and natural gas. This finding contrasts prior studies where the transportation sector was the leading source of SOA formation in industrialized cities, implying that atmospheric scientists are in the process of reevaluating the major contributors to urban air pollution. Even though this particular study occurred in Los Angeles, the results extend to other industrialized cities in both the U.S. as well as Europe.

What does all of this new information mean for the future of air pollution in industrialized environments? Fossil fuels are most definitely still an important contributor to air pollution, but carbonaceous aerosols and particulate matter from VCPs aren’t decreasing as quickly as those from mobile transport sources. As VCPs increase in significance, new governmental regulations should be put in place to remove or place upper limits on the amount of a compound that can be used in a personal household product. Existing regulations emphasize reducing automobile emissions that contribute to ground level ozone and air toxins, but such regulations are not in place to control the chemical composition of VCPs. By connecting policy makers to the scientific reality of urban emissions from VCPs, we can ensure that our air quality is safe for future generations despite the use of household cleaners and deodorants.