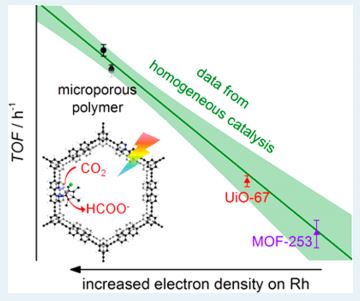 Very similar to the weird nature of certain species to eat each other’s flesh, monomeric molecular complexes used in a reaction can attack another same molecule and can form a dimer/trimer. This kind of cannibalism is particularly unwanted for catalysts, molecules that help in bond breaking at ambient condition. Since majority of the catalysts that are used in important chemical transformations contain expensive metals, such cannibalism merely implies death of the catalyst. Now, there are a few approaches one can take to prevent this unwanted process. One way is to put layers of bulky/ sterically hindered organic molecules (known as ligands) around the metal so that two metal complexes cannot come closer to each other. While this sophisticate method needs more time and resources to synthesize bulky ligands without changing the electronics f the overall complex, another method is becoming very popular lately. In this method, molecular catalysts are embedded onto a solid porous material to prevent the intermolecular interaction between them. It is similar to isolating the fighting fishes in your aquarium in two separate bowls to save both of them and to study their behavior better. Similarly this kind of caging or confinement is very attractive to study the mechanism of the catalysis and also to recycle the catalysts after each run. Even though this heterogenization process of molecular catalysts onto solid and porous support is becoming widely employed, loss of performance in the molecular catalysts during the process is a persistent challenge. One solution to this problem is using part of a solid support as the coordinating unit to the metal as opposed to merely infusing the metal complex into the solid support.

To that front, metal organic frameworks (MOFs) and conjugated microporous polymers (CMP) are two genres of support solid and porous materials that can be used in this approach above. These two types of materials are routinely synthesized with bipyridine (bpy) motifs (Fig 1.) in them and the two N atoms on bpy bind to metal complexes easily and thereby help in the heterogenization process. In the present work, a Ruthenium (Ru) based photocatalyst is heterogenized on four bpy based CMPs and two MOFs. One of the Ru-CMP systems is reportedly the most efficient CO2 reducing catalyst in literature so far. And another interesting finding of this work is the correlation between the efficiency of the catalyst system with the electronic nature of the substituents present on the heterogenized molecular catalyst. This correlation was so far only known for homogeneous catalysts, and never has been used in a heterogeneous system.

CMP materials are synthesized by coupling terminal alkynes with aromatic halides. Various Ru- BpyMP complexes were further synthesized by incorporating small % of Rh in CMP solids as shown in Scheme 1.

Scheme 1. Syntheses of 2 CMP scaffolds and integration of Rh catalyst into these

After synthesizing these hybrid materials, the authors wanted to systematically change the molecules next to the Rh center and distant from it to see which one has more impact on the overall catalysis. While any variation in the structure of distant CMP host (BpyMP-1 vs BpyMP-2 in Scheme 1) itself had no apparent impact on the catalytic efficiency, different substituents (NH2– an electron donating group, NO2– an electron withdrawing group and H- as the reference) at the nearby bpy had very distinct efficiency in CO2 reduction. This proves the superior impact of local electronics on the efficiency compared to the long-range electronic structure. Very interestingly, the Rh- BpyMP-1-NH2 catalyst has been tested in direct sunlight and has been shown to work quite efficiently as well instead of the variation in angle of the incident light over longer time.

log(KX/K0)= σ, K is the equilibrium constant of the reaction with (X) and without (O) the substituent and σ is known as Hammett parameter. The value of σ for a lot of molecules can be found in previous literature.

The authors in this paper found a linear relationship between σ and the efficiency of the photoreduction of CO2. Turn Over Frequency (TOF) is a number that simply tells you how long the catalyst sustains its efficiency and higher this number is faster the catalysis is and higher the value of K is. The authors have plotted known σ values for four molecular catalysts and plotted them against log10(TOF) and obtained a straight line as expected from the Hammett correlation shown above. Quite surprisingly this line turns out to be the perfect fit for log10(TOF) vs σ of the molecular catalysts embedded in the solid support as well (Fig.2). Fig. 2. Linear Correlation of TOF with σ for homogeneous and analogous heterogeneous catalysts

This result shows that the effect of neighboring electronics has the same extent of impact in homogeneous as well as heterogenized system. It also provides an important insight which might seem counterintuitive in heterogeneous catalysis. One expects the heterogeneous catalysis to be limited by how fast the substrate (CO2 in this case) can diffuse near the catalytically active site and this should diminish its reactivity compared to its homogeneous analogue. However, the fact that both homogeneous and heterogenized molecular catalyst lie on the same line proves this idea wrong.

Overall this work can be considered as a pioneer to employ Hammett correlation to heterogeneous catalysts for CO2 photoreduction. It compares four molecular complexes in their homogeneous and heterogeneous states. The σ parameter is also determined for two new MOFs. Ru- BpyMP-1-NH2 is also proven to be the most efficient heterogeneous catalyst to photolyze CO2 to formate. This work will quite certainly provide future direction to establish similar correlation to other MOFs and molecular catalysts integrated in similar porous materials as well.