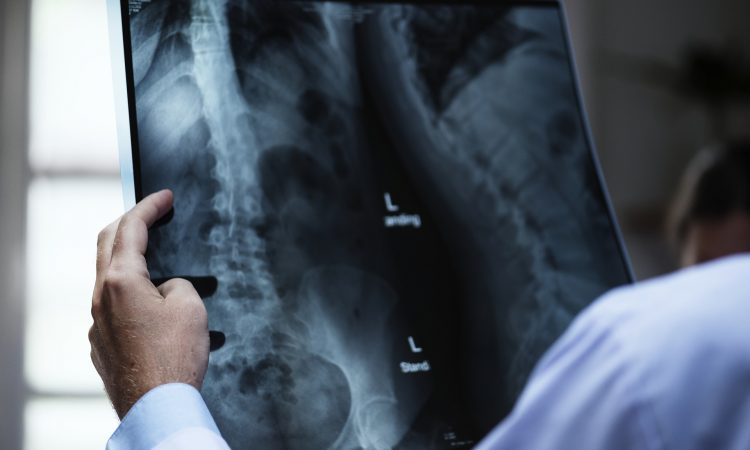 Cancer is clearly a terrible problem in need of innovative solutions. Currently, if surgery isn’t an option, patients typically need to turn to chemotherapy or radiation. Both have their pros and cons, so patients need to carefully discuss therapy options with their doctors to determine what is right for them. But what if we could combine these two radically different treatments? Is there a way to combine chemotherapy and radiation in order to maximize effectiveness and minimize the risk of side effects?

Researchers at the National Institute of Biomedical Imaging and Bioengineering are studying this very question. Undergoing simultaneous chemotherapy and radiation treatment has already helped patients to reach higher survival rates. However, in this article, the researchers have gone a step further by creating a strategy to activate chemotherapeutic drugs using the same X-rays that are used for radiation treatments. This is a groundbreaking advance because radiation can be targeted to tumors with pinpoint accuracy, while most chemotherapeutic drugs spread throughout the body, leading to negative side effects in non-cancerous cells. If we could control the location and time of drug activity in the same way that we can control radiation, we would be one step closer to providing effective treatment without any harmful side effects.

To take that first step, the researchers created nanovesicles, or “packages”,  for chemotherapeutic drugs that are activated by radiation. These nanovesicles are made from gold nanoparticles that are coated with a molecule called linoleic acid hydroperoxide (LAHP). LAHP acts as a tether, linking the gold nanoparticle and a chemotherapeutic called doxorubicin. Doxorubicin can effectively treat a variety of cancers, but unfortunately can have serious side effects in different parts of the body, including the heart. By tethering doxorubicin to these gold nanoparticles, the researchers were able to prevent doxorubicin from unleashing these negative side effects within the body. Once these particles are coated with a second molecule called PPS-PEG [poly(propylene sulfide)-poly(ethylene glycol)], several gold nanoparticles assemble into a spherical nanovesicle with the doxorubicin inside. LAHP and PPS-PEG are designed so that X-rays from the radiation treatment cause the nanovesicle to break open and release its drug cargo. This means that drugs are specifically released where the X-ray beam is focused, making them much less likely to harm healthy cells in other parts of the body. The X-ray beam thus acts like a switch to turn on chemotherapy. Without X-rays, the drugs are safely trapped inside nanovesicles, their killing ability “switched off.” After the nanovesicles arrive at the tumor, the researcher or doctor can split open the nanovesicles by irradiating them with an X-ray, “switching on” the chemotherapy at just the right spot. As a bonus, the X-rays used to switch on the nanovesicles can also kill cancer cells, dealing a double blow to the tumor. The design of the nanovesicles are summarized in Figure 1 below: Figure 1: Schematic of the design of the nanovesicles and their activation by X-rays at the tumor site. Structures of the LAHP and PPS-PEG molecules that were used to build the nanovesicles are also shown. Reprinted with permission from Angewandte Chemie International Edition, © 2018 Wiley‐VCH Verlag GmbH & Co. KGaA, Weinheim

The researchers then tested these nanovesicles in both cancer cells and in living mice. When the nanovesicles were added to cancer cells and exposed to X-rays, they released the doxorubicin and killed the cells almost as efficiently as doxorubicin alone. The researchers then injected the nanovesicles into mice with tumors and observed that although the nanovesicles initially were observed throughout the body, after 24-48 hours, they had specifically homed in on the tumor. At the 24-hour mark, they blasted the tumors with a course of radiation to switch on the drug dosage. This round of treatment caused the tumors to shrink by an impressive 99.7% over a span of 20 days. In fact, three of the five mice treated were effectively cured, with no return of tumor growth after 50 days!

This study highlights a very innovative approach to combine two drastically different forms of cancer therapy. Although there is still much work to be done before this treatment method can be tested in humans, it is definitely exciting to envision a future where drugs can be prepackaged and accurately targeted to tumors using radiation. This technology will make a powerful addition to our arsenal in the fight against cancer.

Chelsea is a PhD Candidate in Chemistry at the University of Illinois, Urbana-Champaign. She enjoys learning, community service, and bunnies!