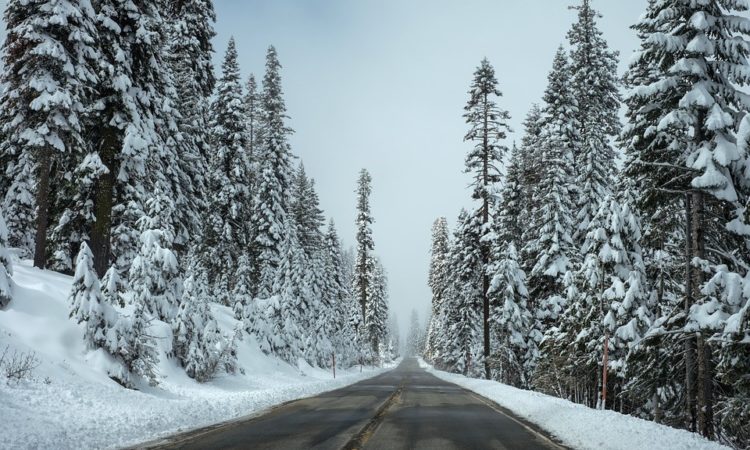 Nitrogen oxides are prevalent atmospheric pollutants that come from cars and power generation plants using natural gas, coal, or oil. High concentrations in the atmosphere lead to brownish smog and can eventually cause acid rain. The family of nitrogen oxides involves many chemical species including NO, NO2, NO3, N2O5, and others. There is great interest in understanding their sources and sinks in the atmosphere so we can continue to reduce pollution levels, creating a healthier environment. Sources are natural or human-made processes that emit a chemical and sinks destroy it. In many cases these processes are balanced, but sometimes the sources are larger, meaning that the concentration in the atmosphere is increasing overall. In this study, a new source of chlorine to the atmosphere has been found to have important reactions with nitrogen oxides in previously ignored environments.

In the past, the main source of chlorine to the atmosphere was thought to be sea spray, containing salt (NaCl) from the ocean. This meant that chlorine was not included in atmospheric models of inland locations where there was no source from the ocean. Chlorine is known in coastal environments to react with nitrogen oxides through the reactions shown below.

These occur on the surface of particulate matter (or aerosols) and then create gaseous ClNO2. When the sun rises, ClNO2 can be destroyed through photolysis, leading to chlorine radicals and NO2, both of which lead to more pollution.

One previous study had found chlorine levels elevated in Colorado during the wintertime, which prompted these researchers to look for chlorine in their city as well. In this study, chemical ionization mass spectrometry (CIMS) was used to measure N2O5 and ClNO2 above ground level continuously in Ann Arbor, Michigan for a month, finding fairly high levels of both species. CIMS is considered a “soft” ionization technique, because it does not readily fragment the molecules being measured, allowing for the determination of accurate concentrations.

In addition, measurements of the composition of particulate matter in the air were conducted using an aerosol time-of flight mass spectrometer and a scanning electron microscope. From these, researchers were able to identify five individual types of particles: road salt, aged road salt, biomass burning, soot, and road dust.  Only the road salt contained significant levels of chlorine (Figure 1), indicating that this was the source of chlorine that lead to the increased concentrations of ClNO2.

The discovery of road salt as a source of chlorine has many atmospheric implications. Road salt is commonly used in the wintertime for deicing, so it is prevalent in regions with freezing wintertime weather. In addition to the formation of ClNO2, further reactions can occur that oxidize other species in the atmosphere, changing levels of ozone, particulate matter, and nitrogen oxides. Understanding these emissions will be critical to creating models that can better show what can be done to improve air quality.