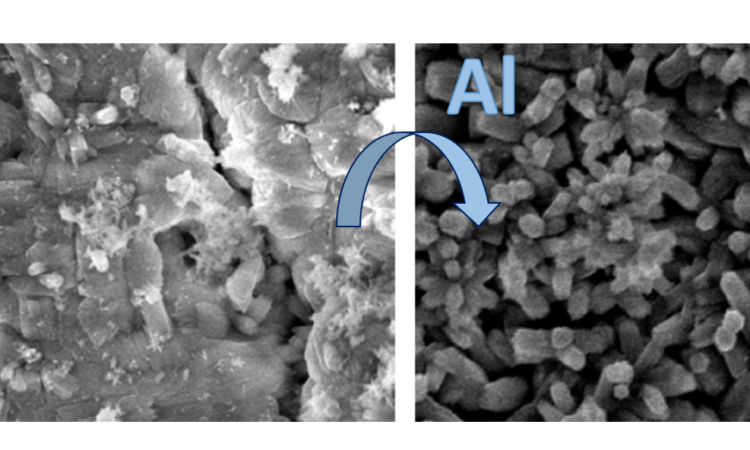 As many of us have seen in the news in recent years, lead (Pb) contamination of water from plumbing systems is still a major public health issue. According to the EPA, zero Pb contamination would be required for drinking water to be considered safe because it is a toxic metal that can remain and accumulate in the body over time, causing damage to neurological, cardiovascular, and reproductive systems and negatively affecting growth and development [1].

Lead pipes can still be found in homes built prior to 1986 [1]; however, a number of conditions can affect the extent to which the lead from the pipes can dissolve into the water and flow out of the tap. Some of these conditions include the temperature of the water, the pH of the water (how acidic or alkaline it is), and the identities and concentrations of other minerals in the water [1] such as chloride ions. Chemical conditions matter because lead in the pipes can become corroded (oxidized by loss of electrons) by oxygen molecules, and certain chemicals can increase or decrease this corrosion [2]. Then, the oxidized lead ions combine with other ionic species to form particles—such as cerussite (PbCO3, Fig. 1)—that can easily dissolve in water to flow from the pipes to our taps.

Some of the chemistry of how water composition affects lead contamination is already known. For example, chloride ions (Cl-) used in chlorine disinfection of water has been shown to increase lead oxidation [2]. Orthophosphate (PO43-), however, acts as a protecting agent by forming insoluble lead particles like hydroxypyromorphite (Pb5(PO4)3) and pyromorphite (Pb5(PO4)3Cl). For this reason, orthophosphate is frequently added at the end of the water treatment process. Unfortunately, the effects of other common water chemicals, such as aluminum (Al), are still unknown. For this reason, scientists Li and coworkers used a model system to determine how the presence or absence of aluminum affected lead release into the water with or without orthophosphate protection.

As a model of water flow through lead pipes, Li and coworkers used lead “coupons” (small rectangular sheets) which have been standard in lead corrosion experiments since the early 1990s [3]. First, they sanded the coupons, then hung them in HDPE plastic bottles filled with water containing sodium chloride (NaCl) and calcium chloride (CaCl2), which is similar to the ion composition of treated water. They added free chlorine (Cl2) to mimic the chlorine disinfection common in water treatment and carefully controlled the pH of their solution, both at the initial setup and throughout the experiment. To simulate water movement, a magnetic stir bar was spun at 200 rpm to constantly move the water, and the entire water solution was replaced every 3 days to remove dissolved Pb and replenish ions. Over time—both in real pipes and in this model—corrosion scales would develop on the coupon as a series of layers containing various lead and mineral species. In their experiment, the scientists could look at the concentration of dissolved lead species in the water, and they could also use Scanning Electron Microscopy (SEM, Fig. 2A,B) and Energy Dispersive X-ray Spectroscopy (EDS) to determine both the structure and elemental composition of the corrosion scales.

After the initial coupon setup, the lead was released quickly into the water at first until the system reached an equilibrium. For this reason, the scientists measured the amount of dissolved lead every day, and they waited until the level was stable (around day 75 of the experiment) before adding aluminum, orthophosphate, or both to the water every three days.

The scientists found that in the absence of orthophosphate, the addition of aluminum had no significant effect on lead release to the water even though they did find aluminum accumulating within the corrosion scales. However, the researchers noted that in this case, their model may not reflect real pipes since the scales in their model were only 0.7 micrometers thick whereas scales in real pipes tend to be around 700 micrometers thick with more complex chemical compositions than in the scientists’ model.

Although more complex models as well as field studies in real pipes will be needed to determine the full effects of aluminum on lead levels in drinking water, this study has demonstrated just how important those future studies will be. Chlorine disinfection and orthophosphate addition are common procedures in water treatment, but Li and coworkers have shown that, under these conditions, water with aluminum will contain more dissolved lead than water without. Thus, future efforts can use this information to develop tests and protocols to better protect public health in regions with older infrastructure where lead pipes remain.