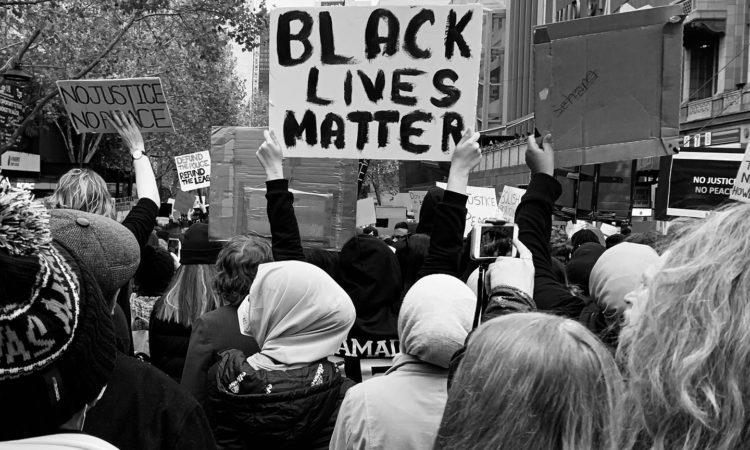 On the 25th May, Christian Cooper was birdwatching in the Ramble in Central Park. After seeing a dog off the leash, he asked Amy Cooper (no relation) to put her dog on a leash as per the signs. She responded by calling the police and telling them that a Black man was threatening her. Just hours later in Minneapolis, police officer Derek Chauvin suffocated George Floyd after kneeling on his neck for 8 minutes and 46 seconds. Floyd’s death has sparked protests worldwide, spearheaded by the Black Lives Matter movement.

Christian Cooper’s experience inspired the inaugural Black Birders Week, which shared the experiences of Black people enjoying and being in nature. It also highlighted the racism experienced by Black people in nature and in STEM more broadly. In the wake of this discussion about racism in STEM, Angewandte Chemie published a tone-deaf paper that criticised diversity in organic chemistry. The paper’s author, Tomas Hudlicky, argued that diversity harmed organic chemistry because more qualified candidates would be overlooked in favour of marginalised groups receiving “preferential status”. The paper was later deleted by Angewandte Chemie, followed by an open letter condemning the views expressed.

Despite this strong stance after the backlash, the paper had been peer-reviewed and edited before being published online, suggesting that these reviewers and editors thought it acceptable to give these views a platform. This represents a broader issue of racism in chemistry that can prevent Black people from participating, thriving, and advancing in STEM careers. Black candidates account for just 4.5% of chemistry doctorates awarded in the United States and just 1.6% of chemistry professors at the top 50 US schools. Papers published by non-white academics are also cited less widely, and they are also less likely to be in editorial positions for journals. On Twitter, #BlackintheIvory has countless stories from Black people sharing their experiences of racism in academia more broadly, and I implore you to read and think about the stories shared.

“We have not been represented, [and] representation is really important,” says Ayanna Jones, who is currently a PhD candidate at Emory University. Jones completed her undergraduate studies at a historically black college and says that being able to see other Black scientists during her studies positively influenced her view of herself as a scientist. Her current research, which spans chemistry, astronomy, and biology, investigates the microbiome around plant roots, called the rhizosphere. Understanding how plant roots act to protect themselves from intruders, like parasites, and heal themselves after an attack has important implications for creating more effective and environmentally friendly fertilisers for plants, wound healing in humans, and growing plants on other planets through replicating the soil microbiome. Jones also points to the wider societal benefits of having more Black people in chemistry research. “There are chemistry questions that revolve around Black issues… like sickle cell, or lupus or other diseases that disproportionately affect Black people, I think having more [Black] chemists would be beneficial to that.”

We all have a shared responsibility to advocate for equity within our scientific and academic institutions. It’s time for everyone, and especially those with white privilege, to step up and be allies to the Black community. We cannot and absolutely should not expect the Black community to do this work alone. CEO of Awaken and activist Michelle Kim describes allyship as “an active and consistent practice of using power and privilege to achieve equity and inclusion, while holding ourselves accountable to marginalized people’s needs.” This consistency is something Jones emphasises, saying it’s important not to be a “sometimes ally” and to do the work when it’s difficult or inconvenient as well.

Listening is also key, especially if a Black person brings up an issue with you. “There is power in listening,” says Jones. “Don’t shun other Black and brown, other people of colour away because it doesn’t sound like something you’ve experienced or because it’s hard to believe.” In a twitter thread, chemistry PhD candidate Mya Roberson also calls on everyone to “stand up for Black voices in the moment especially when they are pushing back against a norm.”

Whilst speaking out against racism is important, it’s a small part of Jones’ experience. When asked what she loves about being Black in STEM, I can hear the joy in her voice. “I love being Black because Black is so beautiful and it’s so complex… I used to be afraid of standing out and being the only one in the room, but I think that gives me power and makes my voice unique and worth listening to.” Having experienced microaggressions from colleagues at a different university, Jones expressed that her current research group is open and welcoming. “I feel like I’m blossoming more now and becoming a better scientist now and it’s amazing how your work environment has an impact [on that].” Everyone is different, so asking Black and minority colleagues what they need in their workplace and doing the things they ask for is a good first step towards making workplaces more equitable.

Racism in chemistry is a heavily layered issue and addressing inequity in the workplace is just one aspect. Assistant Professor Dr Kensha Marie Clark shared several suggestions to support Black people in chemistry, including making a conscious effort to diversify who we recruit, collaborate with, and invite to speak about their work. For those of us working in chemistry, reading and citing the work of Black academics is another way to support their work. Whilst creating positive change for future Black students and academics is important, it is also crucial to support and listen to the people who are studying and working in chemistry now. And we all need to keep bringing up racial injustice after it’s left the news cycle. “I want it to be a conversation that lasts and that’s sustainable and that’s not just going to be pushed aside,” says Jones. Let’s make sure it is a conversation that lasts and creates change for the better.

If you can, please consider donating to the National Organisation for the Professional Advancement of Black Chemists and Chemical Engineers (NOBCChE). Their organisation is dedicated to helping Black and minority students and professionals reach their full potential in chemistry.

If you would like to donate to support Black communities and other people of colour, here is a list of a wide variety of organisations covering a range of issues.