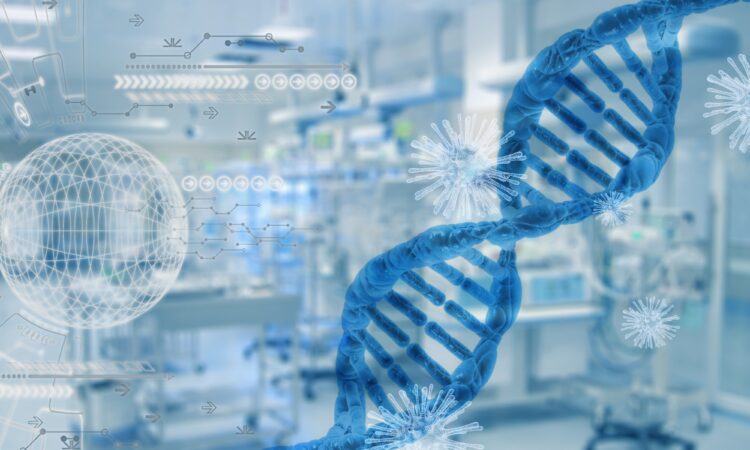 Diseases and medicines are changing every day. The recent pandemic has spotlighted how rapidly knowledge of drugs and diseases change. With the increasing complexity of diseases, elderly populations are disproportionately affected due to the occurrence of multiple conditions. The presence of multiple conditions often makes the treatment more complicated because some drugs need to be delivered at a specific point within the body to avoid unwanted side effects that result from indiscriminate action of the drug throughout the body. At the same time, multiple diseases require patients to use more than one medication concurrently, which often lead to non-compliance. Hence, the development of new ways to efficiently deliver multiple drugs at their respective disease sites is necessary.

To tackle this problem, researchers from Technical University of Munich, Germany and KTH Royal Institute of Technology, Sweden developed a DNA-based ‘single delivery system’ that allows multiple drugs to be dispersed in a single delivery system. In this method, the DNA based nanocarriers form a hydrogel-like system. Hydrogels are semiliquid materials such as jams or jellies we use every day. Within the hydrogel, the drug particles are trapped, and their motion is restricted. Once the hydrogels have disintegrated, the drug particles can escape (Figure 1). The researchers used a non-natural DNA-based nanocarrier which helps to form the hydrogels. The DNA sequence present within these hydrogels can only interact with a particular complementary DNA sequence which can be termed here as disintegrating DNA or dDNA. Once dDNA interacts with the hydrogel, the structure breaks, and the drugs are released. This is extremely useful because based on the DNA sequence present at the disease site, DNA sequences in hydrogel can be modified so that the hydrogel structure breaks only at the disease site.

Furthermore, researchers investigated the possibility of loading different drugs onto these systems and how cells in the body absorb these nanocarriers. To answer the first part, different antibiotics were tested. All of these formed hydrogels and triggered the release in presence of disintegrating DNA (i.e. dDNA) sequence. These nanocarriers were also injected into HeLa cells to confirm their biocompatibility with human cells. To test the release mechanism of drugs within HeLa cells, different types of triggers (i.e. no trigger, incorrect trigger, and correct trigger or dDNA sequences) were tested. Cells with no trigger and incorrect trigger show small fluorescent dots, but the correct trigger shows that the fluorescent drug molecules are released and present all over the cytoplasm (Figure 2).

Researchers further investigated the possibility of drug release autonomously within the body at a specific disease site. In this case, the DNA nanocarriers were loaded with a particular DNA sequence i.e. ‘anti-miR-21’ and the extent of release of drug was monitored at two different cell types which have different amounts of complementary DNA sequence i.e.  ‘miR-21’. HeLa cells (high amount of miR-21) and NIH/3T3 cells (low amount of miR-21) were monitored in this case. HeLa cells showed higher drug release as observed by the fluorescence cargo spread across the cell volume (Figure 3) whereas NIH/3T3 cells showed spot-like fluorescence. These results show that specific drug delivery can be achieved using this method, where little to no drug delivery was observed in non-targeted cells.

This strategy has a great potential of engineering disease-specific drug delivery in future. One of the major limitations of this method is that the drug-carrier needs to be modified with DNA. This can be problematic because not all types of drugs can be modified easily with DNA. Additionally, different drugs also need to be modified with different types of DNA to target specific disease types which can also turn out to be problematic while developing the formulation of these drugs. Alongside that, synthesis of non-natural DNA is not commercially viable at this point. However, the field of DNA nanotechnology experienced tremendous growth in recent years, and, we can hope for new discoveries to overcome the barriers mentioned above. But once these limitations are addressed, this strategy has the potential to revolutionize traditional drug delivery techniques.

Cover Image by PixxlTeufel from Pixabay