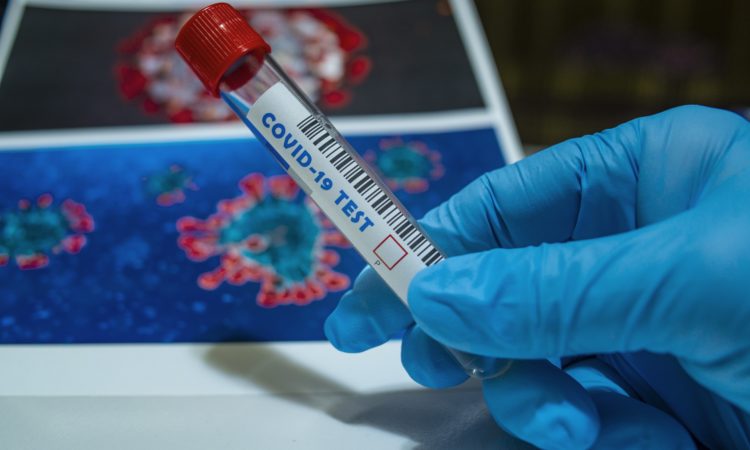 Title: Phospholipidosis is a shared mechanism underlying the in vitro antiviral activity of many repurposed drugs against SARS-CoV-2

As a response to the Covid-19 pandemic, there were many efforts to repurpose existing drugs against the virus in order to get efficacious drugs into the clinic as quickly as possible. Although many promising candidates were found in initial screens, only one antiviral drug has been approved against Covid-19, remdevisir. What led to the lackluster performance of so many drugs against SARS-CoV-2 in clinical trials? The authors of this study suggest that a side effect that some of these compounds caused in in vitro screens could be responsible.

Nearly two thousand drugs have been found to have antiviral properties against SARS-CoV-2 in vitro, which means that the experiments were performed with cellular models and did not involve animal or human subjects. The authors of this study wanted to understand how these compounds were producing this effect and they noticed that many of the compounds targeted two human receptors, sigma-1 and sigma-2, which interact with Sars-CoV-2 proteins at the time of infection. However, they noticed that the binding affinity, or how tightly a compound binds to a protein, of the drugs to the sigma receptors had no correlation to their antiviral potency. This suggested that the antiviral activity of the drugs was due to another mechanism of action.

By analyzing the structure of the drugs identified in the repurposing screens, they found that many of them had a positive charge at neutral pH, or cationic, and had sections that were nonpolar, making the molecules amphiphilic because they had both polar and nonpolar characteristics (Figure 1). Previous studies on cationic amphiphilic drugs (CADs) had shown that these compounds induce a disorder called phospholipidosis in cells. This disorder is characterized by the excess formation of lipid vesicles and can be toxic. CADs are thought to induce phospholipidosis by interrupting the processing of lipids in endosomes and lysosomes. The authors of this study thus hypothesized that the antiviral activity of the drugs observed in cellular screens was due to their phopholipidosis-inducing activity.

Could these phospholipidosis-inducing compounds show antiviral activity outside in vitro models? To find out, mice that were infected with SARS-CoV-2 were treated with either one of several CADs that showed in vitro antiviral activity or remdevisir, a drug that against SARS-CoV-2 that does not induce phospholipidosis. They measured the progression of the disease by quantifying the amount of virus found in the lungs of the mice three days after infection. They found that remdevisir significantly reduced the progression of the disease, while mice treated with the CADs had the same viral load as compared to the control mice (Figure 2). These results showed that the antiviral activity of CADs that was seen in vitro was not effective with live mice, rendering them ineffective as antivirals against SARS-CoV-2.

This paper showed that many of the promising repurposed drugs against COVID-19 that are identified with cellular screens might not have true antiviral activity, and are merely causing a side effect, phospholipidosis, that does not slow the progression of the disease in vivo. There were more than 30 repurposed drugs with CAD characteristics which were advanced to clinical trials against SARS-CoV-2 over the past year and a half, and none of them showed any efficacy. This study shows the importance of understanding the mechanism of action of drug candidates during their development.