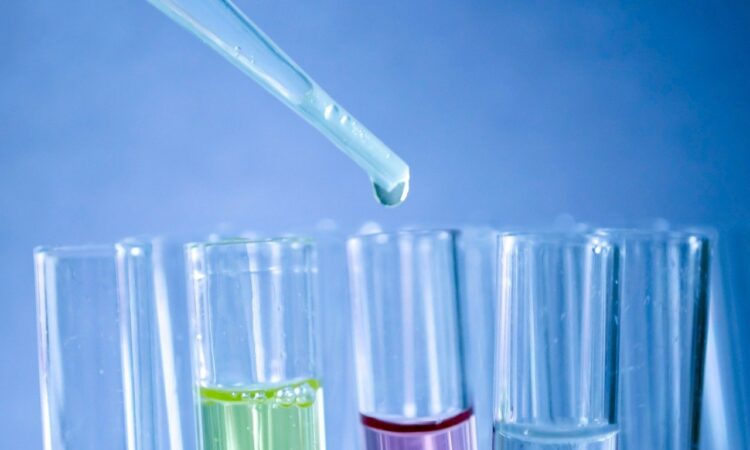 In organic chemistry, making a new molecule usually consists of three phases – a reaction, a work-up, and purification. A reaction is when chemicals are combined and “reacted” (i.e. undergo a chemical change) together to form something new – we generally call the chemicals of interest that react with each other the reagent(s), the chemical they are suspended in the solvent, and the chemicals they make, the products. Following this reaction, the mixture is “worked-up” – this is generally a series of processes that remove the solvent, and is the first part of cleaning up or simplifying the reaction mixture, and getting it ready for purification. The final step of purification, is often column chromatography or re-crystallisation to isolate the desired product in a pure form. Now, if you were ever lucky enough to be in one of the undergraduate laboratories I taught, you would have heard me chant – “a work-up is when the reaction is over”, well…

Now while my chant is often true, in practice the role of a work-up is much more nuanced, and what was observed by Petr Matouš et al. in their recent Journal of Organic Chemistry publication is certainly the exception to the rule. The group were synthesising isoquinolones, en route to preparing a series of arylisoquinolines for application as organocatalysts (Figure 1). They had successfully prepared arylquinolones 2a, 2b and 2c and optimised their conditions, but then required more starting material and scaled up their reaction size from 500 mg to 20 g. Scaling up a reaction requires more of everything, more reagents and more solvent. More solvent in particular, can make handling the work-up more difficult. For example, when performing the 500 mg reaction of 1 to the 2b, the team worked-up their reaction by diluting the mixture with a dropwise addition of water. The dilution with water was important to quench remaining n-BuLi in the reaction and protonate the lithiated species to cause ring closure. However, diluting the larger scale reaction with water would result in huge voumes of solvent to handle and extract, and so they instead opted to pour the reaction mixture over ice to quench the reaction. This is less strange than it sounds, and is a common lab technique. What they found though, was not common – the product they got out the other side, in a 50% yield, was not the quinolone 2b they anticipated, but instead the aminal 5b (Figure 2). The same thing occurred when preparing 2a and 2c – they instead got out 5a and 5c. After much head scratching, they realised the only difference between the small scale preparation and large scale preparation was indeed the work-up procedure.

Naturally, the group wanted to understand why changing the work-up procedure resulted in a different product. They proposed a mechanism for the n-BuLi reaction, as well as the protonation events that needed to occur to turn the lithiated intermediate into the final cyclised products observed (Figure 3). The proposed mechanism possesses a number of equilibrium steps, and the researchers postulated that the concentration of water in the work-up may influence the bias of these equilibrium steps, and hence the final product. Pouring the reaction mixture into water would rapidly generate the neutral  species 10, which can ring-close to form 5, whereas when the water is added slowly to the reaction mixture a combination of monolithiated species are likely to exist (8 and 9) where 8 can gradually ring-close to form the imine 11 and finally give the isoquinolone 2. This suggests that the conversion of 8 to 11 is more favourable than 9 to 12 under these conditions. The group went on to perform a series of experiments to demonstrate that it was indeed the concentration of water, and not another proton source such as a different quenching solvent, that made all the difference. They also showed that the aromatic substituent (Ar), which might be expected to influence the electronics of the ring-closing of the imine species, did not have a significant influence in this case. So next time your reaction doesn’t quite go to plan, and gives you something you didn’t expect, remember to examine your whole process – the work-up is just as important as the reaction.