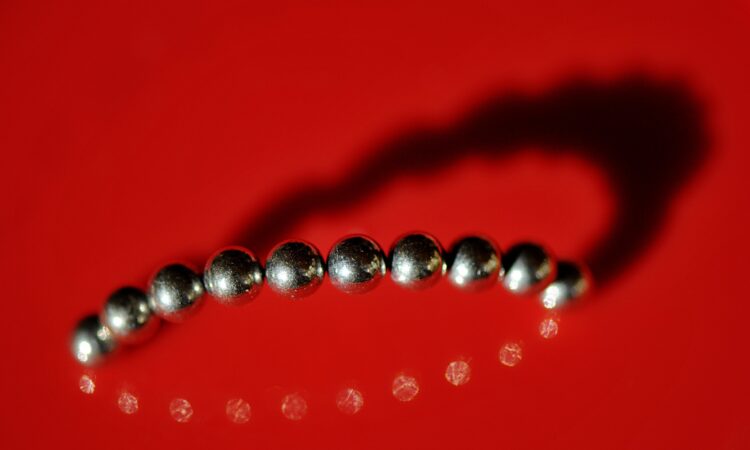 Title: Bridging Hydrometallurgy and Biochemistry: A Protein-Based Process for Recovery and Separation of Rare Earth Elements

Rare earth elements (REEs), i.e. the lanthanides, yttrium, and scandium, are used in many critical parts of modern life due to their electromagnetic properties, including healthcare, consumer electronics, and power generation. This last facet means that REEs are also a vital part of the transition from fossil fuels to renewable energy sources. Unfortunately, REEs are not found in nature as pure veins, but rather mixtures of several REEs. REEs also have very similar chemical properties, meaning that separating REEs is difficult and energy-intensive when done via liquid-liquid extraction, the current industry standard. Cotruvo et al. propose implementing biochemical techniques to extract, concentrate, and separate REE easily and with low energy cost, which they were able to successfully achieve in their paper.

Cotruvo et al.’s method is centered around the implementation of lanmodulin (LanM), a protein with “remarkable selectivity for REEs against non-REE cations” in a separation scheme. LanM can isolate REEs easily, and then release them easily due to structural changes that occur when the pH is lowered. LanM additionally has a preference for binding the lighter REEs as opposed to the heavier ones, meaning that after an REE mixture has been isolated from junk cations, LanM can also be used to separate REEs from each other.

First, the researchers immobilized LanM by attaching it to agarose microbeads, a sustainable solid phase for their solid-liquid extraction, resulting in LanM-agarose (Figure 1). They confirmed that the LanM-agarose bound REEs as well as LanM, that it released the REEs at low pH as expected, and that it was durable enough for the column to be useful. With these baselines established, they further tested whether Nd3+ in a mixture with Mg2+, Al3+, Ca2+, Co2+, Ni2+, Cu2+ and Zn2+, all at millimolar concentrations, could be separated by LanM-agarose. This experiment allowed them to mirror the industrial settings where REE cations like Nd3+ need to be separated from other cations. They found that the other metal ions passed through immediately, indicating they didn’t bind with the column at all, while it took 24 column volumes’ worth of Nd3+ before it started passing through the column, indicating that it was successfully binding to the column.

Next, the group tested whether their LanM-agarose column design could be used to separate heavy REEs (HREEs) from light REEs (LREEs), as free LanM had a slightly higher affinity for LREEs, and if they introduced a chelator with preference for HREEs, such as citrate, they could separate HREEs and LREEs out from a mixture. First, they demonstrated that in a mixture of a HREE and a LREE, citrate would fully bind the HREE while leaving most of the LREE to be bound by the LanM, proving both that their concept was sound and that the citrate-HREE binding did not compromise the LanM-LREE binding, or vice versa. Next they tested whether their LanM-agarose column could separate HREEs and LREEs from a mixture. First, they tested the separation of yttrium and neodymium, as these REEs often occur together and need to be separated. After running a 22:78 mixture of Y:Nd through their column, they were able to separate out more than 95% of the adsorbed metals, each at purities greater than 99%, which the researchers admit was remarkable. Second, they tested the separation of a 50:50 mixture of neodymium and dysprosium. They achieved 99.9% purity of each REE, and were able to separate out more than 76% of each of the metals in one pass. The unseparated mixture had the same 50:50 composition as the feedstock, so the researchers proposed that this unseparated part could simply be run through the column again with the next batch of feedstock. Third, they tested if their LanM-agarose column could separate out a 95:5 neodymium dysprosium mixture, a closer ratio to that of E-waste leachate. They were able to achieve 99.8% purity neodymium with a single pass, but the remaining dysprosium was concentrated to only 46.1%. However, they found that by running the 46.1% dysprosium through the column again, they were able to achieve a purity of 99.2%.

Finally, Cotruvo et al. tested their LanM-agarose column with fly ash, a coal combustion byproduct that is produced in large volumes and contains REEs, but at a very low concentration, especially relative to the higher levels of other metal ions in them. Other methods of REE extraction have trouble with this low concentration, so this is an ultimate demonstration of their method’s effectiveness. The fly ash leachate the group used had approximately 150 μM REE, with millimolar levels of Na, Mg, Al, Ca, and Sr, and even higher Zn, Ni, Cu, and Mn concentration. After a single pass through their column, more than 96.5% of the REE present was isolated at a purity of 88.2%, a 2040-fold increase over that of the feedstock. Their single-pass method was between 10 and 100 times more effective at isolating REEs than an industry standard liquid-liquid extraction which presumably involved many passes, depending on the specific metal. This showed that their method could concentrate very small amounts of REE from a heavily impure mixture. They next tested whether their column could also separate HREEs and LREEs when desorbing off the column after being fed the fly ash feedstock. They found that they were able to elute 82% of the HREEs at 72.6% purity, and 80% of the LREEs at 98.8% purity from, again, a single pass of the column. In order to achieve this level of separation with industry-standard methods, the material would need to go through 11 stages of liquid-liquid extraction, showing how much simpler this method is without losses in efficiency.

The most incredible part of this study is that the high efficiency and low cost of their technique can be easily further optimized by improving LanM and desorption techniques. The authors suggest that once their technique is optimized and scaled-up, it would be “uniquely positioned to unlock low-grade leachate solutions that are not currently profitable with traditional hydrometallurgical methods”. Hopefully this technique will be optimized and prepared for industrial use in the near future, to help facilitate the transition away from fossil fuels.