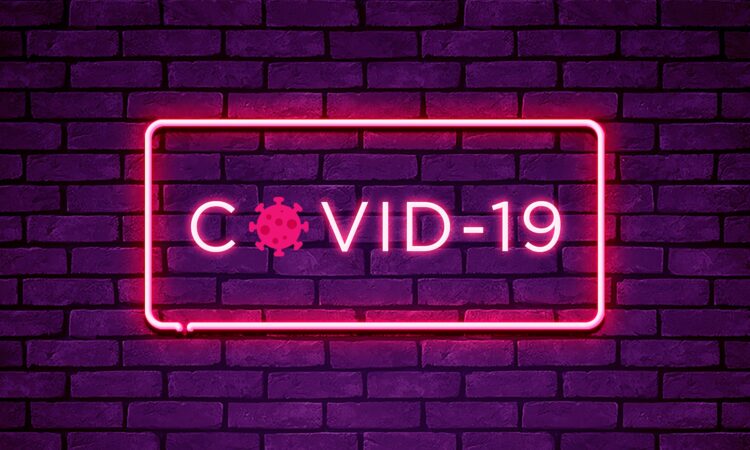 Featured image by shakilui from pixabay

2022 ushers in the third year of the global COVID-19 pandemic, caused by infection with the SARS-CoV2 virus. During this time, we have seen many changes to the way we live, including the implementation of physical distancing, mask requirements, and persistent testing. Alongside this we have also seen some amazing scientific and medical achievements with the roll-out of new vaccines, COVID-19 treatments, and diagnostic tests. Researchers at the University of California San Diego have set out to combine mask wearing and testing technologies into one.

The SARS-CoV2 virus particle is made of a protein shell wrapped around strands of RNA that encode for all the proteins the virus needs to replicate, and therefore go on to infect more cells. One of these critical proteins is referred to as the main protease (MPro). A protease is an enzyme (a special class of protein) that is designed to digest and break down other proteins – this helps recycle the individual amino-acids that make up the protein or, as is the case for MPro, to break down large poly-proteins into pieces that form individual functional proteins (Figure 1). This makes MPro essential to the life cycle of SARS-CoV2, and consequently, it has become the target of a number of COVID-19 therapeutics such as the recently FDA-approved Paxlovid.

The SARS-CoV2 MPro is an attractive target as it is quite unique in where it chooses to break apart a protein. All proteases have an inherent selectivity – for example, trypsin (a very common protease) will cleave a protein sequence following an arginine (R) residue, whereas chymotrypsin cuts after a phenylalanine (F) residue. Instead, the unusual SARS-CoV2 MPro protease cleaves the protein sequence following a glutamine (Q). Researchers at University California San Diego have harnessed the unusual selectivity of MPro to develop a COVID-19 diagnostic.

The researchers designed a peptide (a small protein fragment) with three components (Figure 2, top): a negatively-charged section; a segment to be recognized and cleaved by MPro; and a positively-charged section designed to interact with negatively charged, sulfate covered, gold nanoparticles. The negatively charged section of aspartic acid residues (Figure 2, top, blue) in the peptide counteracts the section of positively charged arginine residues (Figure 2, top, red), leading to an overall peptide charge of 0. These charged amino-acids also aid the water solubility of the peptide. The middle section contains a sequence known to be recognized by MPro, which cleaves the peptide into two pieces at the glutamine (Q) residue. The arginine-rich segment is then released to interact with gold nanoparticles that are coated in negatively-charged sulfate groups. These negatively-charged gold particles are pink-red in colour and remain suspended in solution (Figure 2, bottom). Upon associating with the positively-charged arginine-rich peptide fragment, the overall charge is neutralized and the particles aggregate (combine) together – this causes a colour change from pink-red to purple (Figure 2, bottom). On top of charge-based interactions, the sulfur (SH) groups of cysteine can also coordinate to the gold particles.

The team first used MS and HPLC to show that their peptide was indeed cleaved by the SARS-CoV2 MPro at the expected site. They then combined different concentrations of the digested peptide with the gold nanoparticles and monitored the time it took for a colour change to purple to be observed. The best concentration of peptide was found to be 50 mM for a quick colour change. Importantly, it was also shown that no colour change was observed in the presence of the full-length peptide. Next, the same experiment was conducted using a peptide containing neutral alanine (A) residues in place of the positively charged arginines. There was no colour change observed when this peptide was digested by MPro and combined with gold nanoparticles, proving that the arginines are essential for aggregation to occur.

The next goal for the team was to demonstrate that MPro would still interact with the peptide (and cause the anticipated colour change) in a more biologically-relevant system. The peptide was incubated in either buffer, exhaled breath condensate, or a diluted (50%) saliva solution, with varied amounts of MPro. After a three hour incubation, the gold nanoparticles were added and a colour reading taken 10 minutes later. The researchers found that a colour change could be detected at 27.6 nM of MPro in buffer, 33.4 nM in the breath condensate, but 68.4 nM in the saliva solution (where a lower concentration indicates a more sensitive test). This level of sensitivity is consistent with other nanoparticle assays and has the advantage of being much quicker.

Lastly, the researchers set out to adapt their test so it could be affixed to a face mask using a previously developed design, similar to the commonly used Rapid-Antigen Tests. A small absorbent pad containing two lanes is affixed to the inside of the face mask: a control lane containing the pre-digested arginine-rich peptide, while the second lane contains the full-length peptide (Figure 3). Exhaled breath is absorbed onto the pad over the day while wearing a mask. If the mask wearer has COVID-19, they will exhale viral particles including SARS-CoV2 MPro. This will digest the full-length peptide in the test lane, leading to the release of the small nanoparticle-interacting fragment. At the end of the day, the wearer can puncture a small bubble on the test swatch that contains the gold nanoparticles, releasing them to interact with the peptides in the control and test lanes (Figure 3). The control lane should turn purple due to the presence of the arginine-rich fragment, and the same is expected for the test lane if the mask-wearer is COVID-19 positive (ie there was MPro present in their breath). If not, the test lane should remain red (Figure 3, top). The researchers showed that this test pad could detect MPro at 40 nM concentration in breath condensate, consistent with their earlier results (Figure 4, top). This prototype was then tested on ten volunteers, who were confirmed to be COVID-19 negative by a PCR test. After a day of wearing the mask, the new test patch confirmed these results (Figure 4, bottom).

Though there’s still some finetuning to go, this design might one day soon help take some of the hassle out of regular COVID-19 testing—not to mention removing the ‘fun’ of nasal swabs!