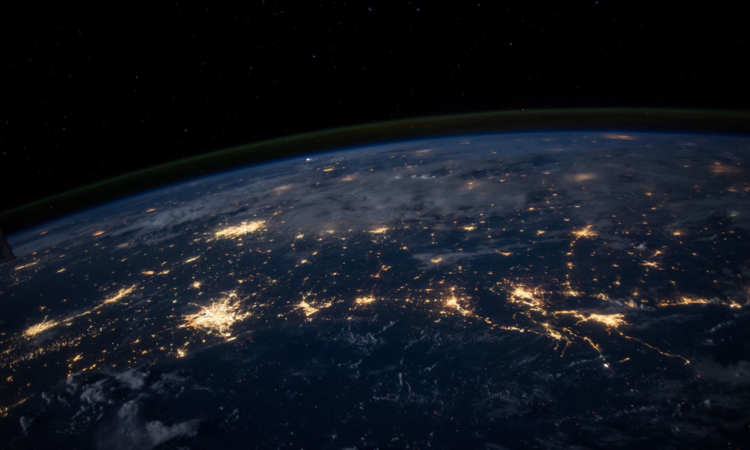 Title: Quantitative detection of iodine in the stratosphere

Cover image by Free-Photos on Pixabay

The ozone hole poses a major threat to our survival on Earth and researchers have recently discovered a new threat to its recovery: iodine. Prior to this, it was unknown that iodine could make it into the stratosphere (where the ozone layer is located), since most iodine is dissolved in the ocean and reacts with ozone in the troposphere (the layer of the atmosphere closest to Earth’s surface between the stratosphere and Earth’s surface). These researchers uncovered a new process by which iodine, dissolved in small droplets of water and ice in the atmosphere, reacts with gaseous ozone. This process is called heterogeneous chemistry because reactions are occurring between molecules in different phases, gas and solid or liquid. Their study indicates that iodine accounts for 7% of the ozone layer decay.

Iodine is very prevalent in the lower atmosphere. It forms new particles and “cleans” tropospheric air of ozone pollution, which is harmful to human health. Tropospheric ozone is a pollutant and is distinct from the ozone layer in the stratosphere which is vital to life on earth because it absorbs harmful light waves that damage DNA and lead to cancer. No one has measured iodine in the stratosphere, where it could interact to break down the ozone layer if prevalent. To address this, researchers took flight on multiple aircraft campaigns in the upper troposphere and lower stratosphere over the western Pacific Ocean and measured hypoiodite (IO) and other gaseous iodine species, including those that have reacted with nitrogen, oxygen, hydrogen, and other halogens (Cl and Br). These flight paths can be seen in Figure 2. The measurements were on par with previous estimates, with more gaseous iodine being detected in the troposphere than the stratosphere. Particulate iodine was also measured. Surprisingly, it was found that the amount of total particulate iodine increases from the troposphere to the stratosphere!

Since this had never been measured before, they investigated what species leads to the production of particulate iodine in the stratosphere. It was found to be due to iodate (IO3–) in aerosols detected from mass spectrometry. Modeling work done in combination with their measurements showed that iodine must be recycled on ice surfaces, otherwise it would be washed out in the upper troposphere. Figure 3 shows the amounts of each type of iodine species found at different altitudes in the atmosphere and how much each contributes to ozone depletion. These newly understood atmospheric processes highlight the importance that future aircraft campaigns should include technologies to measure particulate and gaseous iodine.

This research provides new information for modeling ozone layer recovery. Since the Montreal Protocol in 1987, chlorofluorocarbon production has been banned across the globe because they produce large amounts of Cl and Br that end up in the stratosphere and break down the ozone layer. Current models do not include iodine levels like those measured here. Since we know that iodine reacts with the ozone even faster than Cl and Br, future calculations must include iodine levels to accurately predict ozone layer recovery. Current ozone layer measurements indicate that the rate of recovery has not been as fast as anticipated, and these new iodine discoveries could be an important factor in that delay.