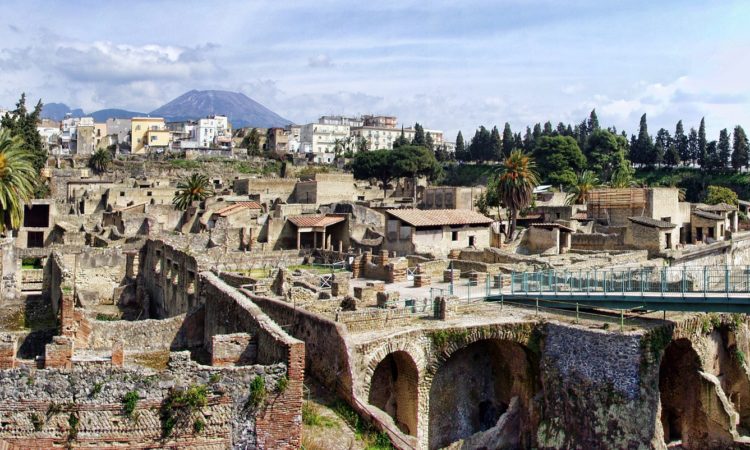 Title: Heat-induced brain vitrification from the Vesuvius eruption in c.e. 79.

When the volcano Vesuvius erupted in 79 AD in the South of Italy, it buried entire cities and killed thousands of people.

Between the cities of Pompeii and Herculaneum, archaeologists have found the remains of over 1,500 people, killed either by the fallen roofs or by the high temperature of the pyroclastic surge.

Brain tissue easily decomposes, therefore, it is not usually found in archaeological sites. There have, however, been a few examples of cerebral remains which have undergone saponification reactions, where the triglycerides in the brain are turned into soap (fatty acid salts) and glycerol.

Surprisingly, a team of scientists recently analyzed the brain remains found in Herculaneum and concluded it was vitrified (turned into glass). The body was found in the 1960s lying on a wooden bed, immersed in volcanic ash, face down, with the skull in pieces. Black, glass-like material was found on the exploded cranium but nowhere else on the body or on-site.

The team of scientists conducted mass spectrometry analysis of the proteins in the vitrified tissue. They found proteins that are expressed in different regions of the human brain, included but not limited to: neocortex, amygdala, frontal cortex, hypothalamus, substantia nigra. They also detected fatty acids (adipic and margaric) that are associated with human hair fat, confirming that it was, in fact, cerebral material.

Vitrification usually occurs when a substance is liquified at high temperature and then cooled down very quickly. From further analysis of the environment where the body was found, the researchers determined that the room temperature was about 470-520 ° C before dropping very quickly.

This is the only case where a vitrified brain has been found in the area affected by the 79 AD eruption. This amazing discovery could provide a further understanding of the human body’s reaction to this type of event, and maybe prepare in case of another one!