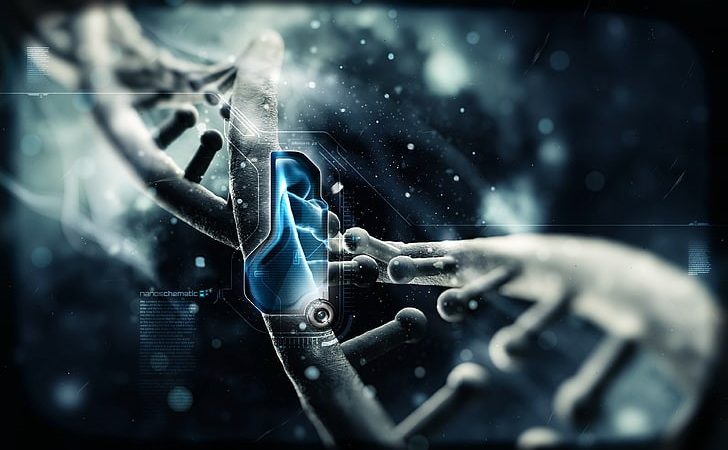 Article Title: Regeneration of burnt-bridges on a DNA catenane walker

Nanoengines, also known as molecular motors, play vital biological roles and can be engineered to perform completely new functions. In their native setting within the cell, these motors are proteins that are used for purposes such as cargo transport and cell locomotion – anything that requires motion. Since the rise in protein engineering and DNA nanotechnology, many molecular motors have been designed to mimic native motors but can be powered by energy sources other than ATP, like light and ultrasound.

Artificial motors can even perform functions not found in nature, like transport of nanoparticle drug cargoes for cancer treatment. Artificial molecular motors can both provide greater insights into natural molecular motors while also paving the way for new forms of motion and energy sources. The authors here present the next step in artificial nanoengines – an engine that can perform multiple cycles over the same path.

The drawback of most artificial molecular motors as compared to their native counterparts is their lack of reusability. Once the motor traverses the path, it typically cannot be reused because the chemical reaction that occurs either blocks the path or makes it unusable. The motors in these cases, proteins called polymerases, leave a trail of breadcrumbs, RNA, behind them that block the path once the cycle attempts to begin again. These are referred to as burned bridges because the bridge that was crossed is “burned” and cannot be re-walked. The authors designed a system where the bridges can be “fixed” by removing the debris (the RNA) that’s leftover after the protein moves across the DNA strand and thus multiple cycles can be performed. Their design is shown in Figure 1.

These walking steps were confirmed by adding fluorophore labels onto various parts of the nanoengine. This can be thought of like flipping lightswitches on and off as you move through your house in the dark. At the beginning (Step 1), lightswitch F1 (TAMRA) is on and as it moves to Step 2, F1 turns off and F2 (Cy5) is turned on. The regeneration step then switches them back and the cycle can restart again. Since this cycle happens at such a small scale, fluorescence quenching methods are the best way to determine what is happening. As can be seen in Figure 2, the TAMRA and Cy5 fluorescent signals mirror each other, showing that the system is working as expected.

Although very promising, the authors found that after 2 cycles, the efficiency of their system rapidly declines likely due to the addition of the RNAse and RNAsin that accumulates and cannot be removed in between cycles. The process could be truly continuous if these components could be removed somehow after each cycle.

This is only the beginning for nanoengines and molecules motors. Further developments will push the envelope of what is possible, creating new types of biological motion and energy sources, with applications across a wide variety of fields.