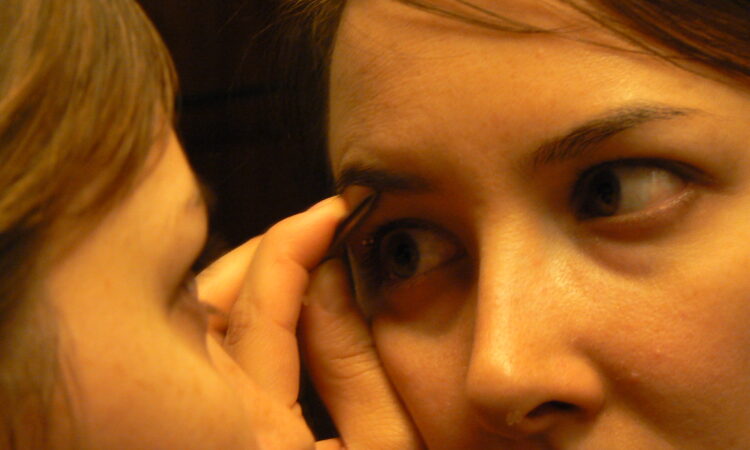 When it comes to viruses, many therapeutic strategies attempt to create a target-specific medicine to prevent off-target symptoms and maximize effectiveness. But pharmaceutical companies have failed to produce specific treatments for many of today’s most pressing health issues, including Ebola, Zika and the still ongoing SARS-Cov-2. The trick for treatment may not lie in specificity, however, but in generality, by targeting the thing that all these viruses have in common; their membrane. That’s the approach that researchers at Ulm University, the University of Duisburg-Essen and the University of Pennsylvania executed when trying out their molecular tweezers.

If you’ve ever had a stray hair that threw off your eyebrow game, you’ll be plenty familiar with tweezers. Molecular tweezers function the same, except instead of metal pincers ripping a hair cuticle out of your skin, these are large, ring structures that conform to a tweezer-like shape. In the center of their cavity lies a negatively-charged chemical group, like carboxyl or phosphate, that reacts with positively-charged lysine and arginine amino acids. This electrostatic interaction draws in the tweezer and the surrounding ring “pincers” envelop the amino acid. This ends up preventing other proteins such as amyloids from interacting, which prevents clumping or aggregating and eliminates pathogenic aggregates.

In a previous study, the authors Wei et al. designed a phosphate tweezer that prevented the aggregation of amyloid fibrils in semen, which significantly decreased the transmission of STD agents such as HIV and herpes. Then the researchers found something surprising – the tweezer also targets the virus itself! This was seen not only in herpes, HIV and Ebola, but also Zika, human cytomegalovirus and hepatitis c. What could explain such broad antiviral activity?

To answer this question, Wei et al. designed two other tweezer variations of the original phosphate tweezer, called a carboxyl tweezer and a phosphate clip. The carboxyl tweezer had a similar size, shape and cavity to the original, but a different reactive lure in the center cavity. In contrast, the phosphate clip had the same chemical group as the phosphate tweezer, but a shorter and more rigid shape (Fig 1). By varying these parts of the tweezer, the scientists theorized they could pinpoint which parts were most important to the tweezer’s antiviral and anti-amyloid functions.

Right away, the investigators saw that the phosphate clip and carboxyl tweezer did not prevent amyloid aggregation nor prevent amyloid-HIV complexes the way that the phosphate tweezer did. However, the carboxyl tweezer could decrease overall HIV infection of human cells, indicating there was something about the larger, rounded pincer that exhibited antiviral activity.

Wei et al. suspected the viral membrane as the target of the tweezers. Membranes coat the outside of the virus and consist of lipid fats, with charged heads that interact well with water and uncharged tails that avoid water at all cost. Because of these properties, lipids tend to clump their tails together and their heads together, forming a donut shape that is the first thing outside molecules interact with. Could the tweezer be disrupting their donut shape and causing viral death?

Using computational simulations and experimental NMR titrations, the authors affirmed that the tweezer attached to the charged lipid heads and pulled out portions of the membrane (data not shown). They demonstrated this effect using confocal microscopy by monitoring artificial lipid membranes and the rate of rate that a red, fluorescent dye “leaked” from the cell (Fig 2). As seen in the first row of figure 2, as the artificial lipid membranes sat with the carboxyl tweezer over time, the membrane ring becomes more and more red with the fluorescent dye, until at last popping. In contrast, when just looking at the lipid membranes with just the phosphate clip, there is no difference over time with either the shape or the color of the membrane, indicating no effect.

By determining the mechanism of action, Wei et al. identified the most important qualifications for molecular tweezers designed to disrupt the viral lipid membrane (though the parts necessary for anti-amyloid activity remain a mystery). They were even able to show experimentally that these molecular tweezers prevented infection of human cells from pseudoviruses containing Marburg, rabies, measles, influenza, SARS-Cov-1 and SARS-Cov-2 infection markers.

This will significantly improve structure-based drug design for antivirals applied to any enveloped viruses, such as SARS-Cov-2. Even though viruses have different lipids that make up their membrane, this method is nonspecific enough to affect all of them, with potentially variable effectiveness. However, until these molecular tweezers are properly vetted in human trials (they’ve passed animal trials), these broad antiviral tweezers will remain locked in the chemical drawer.