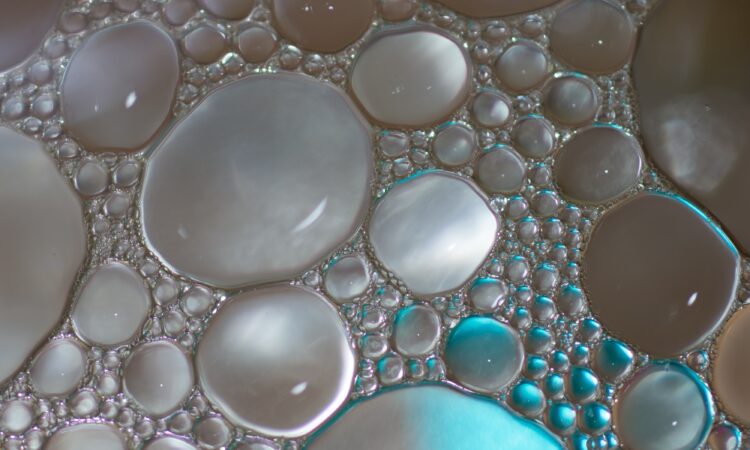 Hydrogen gas (H2) is touted as a leading clean alternative against petroleum and coal. The Olympic torch at Tokyo-2020 game was supposed to be powered by hydrogen gas to boost awareness of environmental issues. The key reason why hydrogen is so highly valued remains in the by-product that formed upon burning. While the traditional sources of energy, carbon-based liquid and solid fuels produce poisonous carbon monoxide and carbon dioxide gases, hydrogen produces water which is a much cleaner alternative! However, the major barrier has been to obtain clean hydrogen gas in sufficient quantity that can be used as an alternating source of energy. Hence, there is currently a push to develop new methodologies for the synthesis of pure hydrogen gas.

In this work, researchers from RMIT University, Australia and University of Alberta, Canada resorted to reactions within a droplet to accelerate the production of hydrogen gas. Usually, liquid droplets are formed from two immiscible (i.e. mixture of liquids which do not form a clear solution e.g. oil-in-water) liquids where one of the liquids dispersed in the other one as ‘droplets’. Each droplet is generally 1-100 µm in diameter with typical volume in nano- to attoliters (10-9 L and 10-18 L respectively) region. Chemical reactions are known to be accelerated within a droplet because of the small volume and higher surface area of the reactor leading to more collisions among the reagents.

A general approach to monitoring the reaction dynamics within droplets are confined to liquid-phase reactions. But, in this case, the researchers demonstrated the synthesis of a gaseous product (i.e. H2)that formed as bubbles (like a soap bubble) within the droplets. H2 gas is produced from the reaction of Polymethylhydrosiloxane (PMH) polymer and water, which is catalyzed by a NaOH base (Figure 1). The hydroxide (OH–) ion attacks the PMH polymer to replace one of the hydrogens (blue color coded) leading to the formation of H2 gas.

Optical microscopy enabled the visualization of the bubbles within the droplets. Figure 2 shows formation of H2 gas bubbles over time. The initial droplet is highlighted in purple at t0, and the newly formed H2 gas bubbles are indicated in yellow at t1. Gradually, the bubbles become more apparent over time forming at the perimeter of the droplet.

Researchers further investigated the formation rate of H2 gas with different factors such as the size of the droplets, the concentration of NaOH and PMH polymer. The rate of formation of H2 gas was monitored by the growth in size of the bubbles. The bubble growth rate was proportional to the concentration of both the reactants i.e. NaOH and PMH, as expected. However, the growth rate of bubbles varied inversely with the size of the droplets. Figure 3 shows evolution of bubble radius with time inside droplets of size 5, 3, and 1 µm respectively. It is clearly observed that the growth in size of the bubble is much higher within 1 µm droplet (figure 3c) where the maximum size (i.e. around 0.5 µm) is achieved within 7 seconds as compared to the other two larger bubbles (̴ 60 s).

The results show that the formation of H2 gas can be accelerated unexpectedly when the reactions are carried out in droplets. Future studies will focus on further elucidating the mechanism of bubble growth within droplets. Ultimately, if these reactions could be scaled up and performed commercially, that would provide us with a new methodology to form H2 gas and help us to take another step towards a cleaner environment.

Cover image by A_Different_Perspective from Pixabay