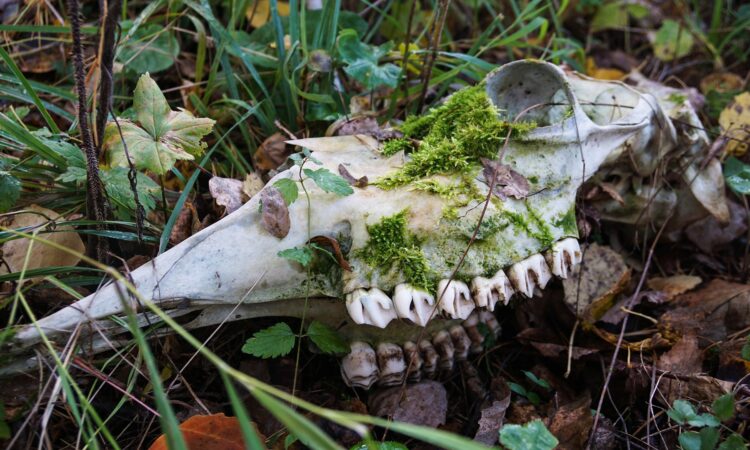 The plants that provide the food we eat require several key nutrients to grow, and a plot of farmland can only provide so much before it runs out. The most well-known of these nutrients is nitrogen, which is replenished by applying fertilizers containing ammonia made by the Haber-Bosch process. A far less frequently discussed requirement for plant growth is phosphorus, an element which is incorporated into the plant’s genetic material and used for energy transport. Phosphorus fertilizer is produced primarily using sulfuric acid to dissolve phosphates from rock. That rock is obtained by mining it, and as you may guess, this means it will eventually run out. Thus, there is need to find an alternative source of phosphorus in a way that is sustainable and which will not further damage the environment. One of the best ways to do this is to use a material that would otherwise be thrown away and which is produced in mass quantities.

One such material is the animal bones that are thrown in the trash in countless commercial and home kitchens across the globe. The phosphorus in bones is found in the form of the mineral hydroxyapatite, where phosphate ions are bound to Ca2+ ions in the structure seen in Figure 1. In the case of bones and in most other forms of phosphorus, the challenge lies in converting the material to a form that can be readily used by plants. The problem is not scarcity, but availability, or more specifically what is known as bioavailability.

In soil, phosphorus is frequently found in a form where it is tightly bound to metal ions, like aluminum and iron. Plants do not possess the ability to break these strong bonds, so they rely on naturally occurring compounds like humic acids to liberate the phosphorus as phosphate, a water soluble ion. Humic acids make up a category of compounds produced through microbial decomposition of plant and animal remains and are defined by their large number of oxygen-containing functional groups, like phenols and carboxylic acids. Researchers were inspired by this naturally occurring process and investigated if it could be replicated in the lab by creating “artificial humic acid” to extract the phosphorus contained in bones.

Testing out this process first required a method of forming this so-called artificial humic acid. In the spirit of sustainability, the researchers produced it using other waste products: cornstalks, roots, and leaves from nearby farms and alkaline ash leftover from combustion of coal (which is also reused in the production of concrete). They took this material and combined it with leftover pork and chicken bones from a nearby eatery and heated it to 200 °C for up to several days in a process called hydrothermal humification (HTH). They found that after being subjected to these conditions, the surface of the bones had been etched away and that dissolved phosphorus had been formed.

To figure out how this process of phosphorus extraction worked, they examined how the morphology and chemical structure of the bones had changed. Scanning electron microscopy (SEM), an imaging technique with resolution high enough to reveal the microstructure of bones, showed that they had become porous. Combining this technique with a high resolution elemental analysis technique (Energy Dispersive X-ray Analysis, or EDX) showed that not only had material etched away, but that the surface was covered with species containing C, H, and O (Figure 2). Ultimately, the researchers figured out that an ion exchange reaction had occurred: the negatively charged phosphate ions which were originally bound to Ca2+ had been replaced with the negatively charged humic acids.

The final and most important test of this method was to see if the dissolved phosphorus was a bioavailable form of phosphorus. To test this, they mixed the resulting material with barren soil, and monitored its effect on the growth of corn, which is particularly sensitive to phosphorus deficiency. The growth was boosted, showing that the same process that occurs in the soil can be accelerated in the lab and using what was already in the trash!