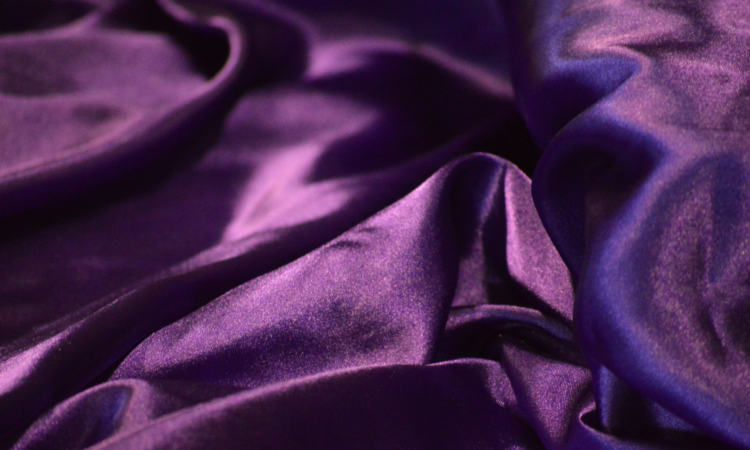 Back in the Roman Empire, only the upper-class elites could afford to wear clothing of the color Tyrian Purple. This natural royal purple dye requires 12,000 Mediterranean Sea snails to produce a mere 1.4 grams of the main dye compound, 6,6′-dibromoindigo (6BrIG) (4). Accessing this dye through synthetic chemistry means is similarly expensive and inefficient, as it is difficult to specify where the two bromines are installed. On the other hand, enzymes have evolved over the years to have exquisite selectivity. Lee and coworkers leveraged this advantage and developed a platform to incorporate enzymes from various microbes to produce 6BrIG in whole cells. This product could be isolated to dye cloths or used to produce solar cells.

The researchers decided to use Escherichia coli, a fast-growing and commonly used bacterial lab strain, to produce 6BrIG starting from the amino acid L-tryptophan (1) (Figure 1). The key was to find an enzyme that could install the bromine regiospecifically, or at a specific position, on tryptophan. Ultimately, they determined the enzyme SttH from the bacterium Streptomyces toxytricini was suitable. SttH is a halogenase, or an enzyme that adds halides such as fluorine, chlorine, bromine, and iodine. One problem is that SttH is not very soluble in E. coli and requires chaperones to help the protein fold correctly. The group’s solution was to fuse SttH to the protein Fre, which produces the cofactor FADH2 required for SttH function. This chimeric protein was able to improve SttH solubility and 6-bromo-tryptophan (2) production.

Next, the enzyme TnaA (tryptophanase from E. coli) converts (2) into 6-bromo-indole (3). This molecule is dimerized by the enzyme MaFMO (monooxygenase from Methylophaga aminisulfidivorans) to produce the final Tyrian purple dye molecule 6BrIG. To minimize undesired side product, the four enzymes were distributed into two E. coli cells. This enabled the scientists to have the bacteria convert all tryptophan into (2) prior to addition of the second strain. It is presumed that intermediate (2) is exported out of the first cell and important by the second cell.

With this platform, 0.75 mM 6BrIG could be produced from 2.5 mM tryptophan (30% yield). This is quite respectable as tryptophan can be converted into various compounds in cells. Even more excitingly, the bacteria cells that produced 6BrIG could be used to directly dye fabric pieces with efficiencies comparable to traditional dye compound (86.8%) (Figure 2). The authors speculate that additional process optimization could further improve cellular dye efficiencies.

One final advantage of engineering bacteria to produce 6BrIG is that small modifications can change the final compound. For instance, if the researchers substituted the halogenase (first enzyme in pathway) with enzymes with different substrate regiospecificities, slightly different dye compounds were produced (Figure 3A). Two halides (chlorine or bromine) could also be introduced, leading to the production of a variety of colors (Figure 3B).

This work demonstrates the classic metabolic engineering goal of leveraging biology to efficiently access desired, lucrative compounds. By combining enzymes from different microbes, novel pathways can be designed and optimized. This pathway is also modular so that one enzyme can be independently substituted to access a diverse number of compounds. One potential next step would be to combine multiple halogenases and see what types and ratios of dimeric dye compounds are formed. It will be exciting to see how this platform can be improved upon and if it will be expanded upon for industrial use.