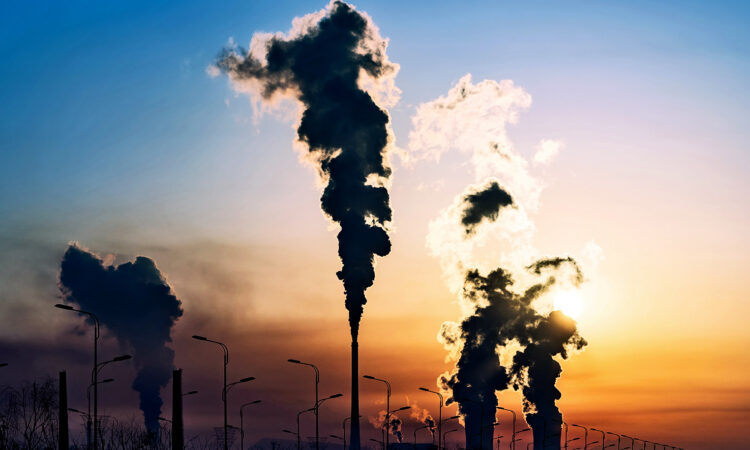 As climate change intensifies, a growing area or research is the conversion of greenhouse gasses to less destructive and more useful chemicals. Methane (CH4), while not the most abundant greenhouse gas, is one of the most potent. The energy industry (leaks in natural gas lines) and agriculture (animal digestive processes) are the two largest contributors to Ch4 in the atmosphere.  One highly sought-after Ch4 product is methanol (CH3OH). While gaseous Ch4 can be directly used as fuel, liquid Ch3OH is much less pernicious. The current industrial process for converting Ch4 to Ch3OH requires temperatures above 700 ˚C, motivating chemists to develop alternative methods with milder conditions. Researchers out of Hefei National Laboratory in China may have found the solution: photocatalysis, or the use of light and a catalyst to drive reactions. Luo, L., Luo, J. et al. discovered a near 100% atom-economy process that directly oxidizes Ch4 (i.e. Ch4 gives up electrons) to Ch3OH. A 100% atom-economy process indicates 100% selectivity, which means that all consumed reactants end up as the desired products. In reality, this process was not 100% selective, but it was greater than 99%. The previously unsurpassable problem this research overcomes is that Ch4 is hard to activate and Ch3OH can easily be over-oxidized to carbon monoxide (CO) or carbon dioxide (CO2).

The solution to this Goldilocks problem lies in the catalyst choice. These researchers found a single gold atom on a black phosphorus nanosheet (Au/BP) in water was the best  system for achieving high selectivity towards Ch3OH. The standard reaction they settled on was conducted in 20 mL of water at 90 ˚C on Au/BP nanosheets with 1.2 W of full spectrum light irradiation. The water was pressurized with 33 bar of a 10:1 mixture of CH4:O2. This is important to use as a reference point as the authors spend a majority of the paper walking through how these conditions were decided upon. The authors systematically optimized the reaction to maximize the turn over frequency (TOF) number, an indication of how active the catalyst is. Upon exploring different metals on BP, they found that gold had the highest TOF number when compared with platinum, rhodium, and palladium. They also show that light irradiation is necessary, as when light irradiation was removed, Ch3OH production was not detectable. Light power was determined to be directly proportional to the catalyst activity, but interestingly did not affect the activation energy of the reaction. This is shown in Figure 1. Water was also deemed to be essential, as substitution with acetonitrile (a different polar solvent) led to no reaction. Similarly, oxygen (O2), and not nitrogen (N2) gas, had to be used.

The ratio of Ch4 and O2  in the vessel was also varied. Increasing Ch4 led to an increase in conversion while maintaining the selectivity above 99%. When the O2 ratio was increased, the conversion similarly increased but the selectivity decreased. The stirring rate in the vessel was also increased with no effect, leading to the conclusion that mass transfer was not limiting the rate of reaction. Finally, the robustness of the catalyst was tested by checking the TOF after 20 h of run time. They found that the catalyst activity was still sufficient with a fluctuation of  less than 7%.

Ch4 is incredibly destructive as a greenhouse gas and finding positive uses for it will only become more critical in the future. Ch4 upgrading is one way to mitigate the risk of Ch4 entering the atmosphere, but it is important to do it in a renewable manner. The main benefits of this specific system are the use of light to power the reaction and the near 100% atom-economy. While further research and development is needed for large-scale Ch3OH production with this scheme, this work is a giant leap in the right direction.