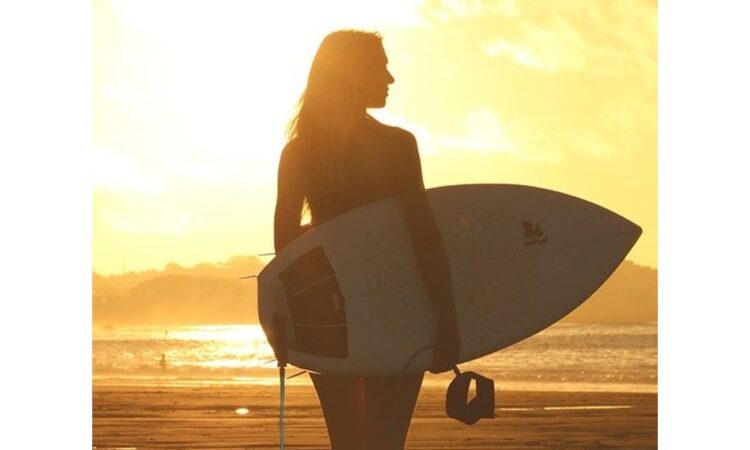 In recent years, warnings have surfaced that some common sunscreen ingredients can actually harm the environment. The National Ocean Service (part of the U.S. Department of Commerce) warns that these chemicals can bleach and kill coral, disrupt reproductive systems in sea urchins and fish, and even accumulate in dolphin tissue so strongly that dolphin mothers can pass these chemicals to their offspring [1]. Currently, it is recommended to stick to sunscreens with UV protection from titanium dioxide or zinc oxide [2] (not to be confused with nano-titanium dioxide and nano-zinc oxide which can prevent marine animal embryos from expelling other toxins from their cells [3]). This choice is important because many of these chemicals are found in other personal care products as well and can enter the environment when you swim or shower. Additionally, many of these chemicals can cause harm to the human body and can be absorbed through the skin! So why are these chemicals still allowed in our sunscreen? Because more research is still needed to show that the levels of these chemicals in sunscreen do actually pose a threat to environmental and human health. Aiming to fill this gap in research, a team of scientists—Downs and coworkers—tested 17 sunscreens for levels of one such chemical over time.

The National Ocean Service lists 10 chemicals commonly found in sunscreens that are known to be harmful to marine life, including octocrylene and benzophenone [1]. Octocrylene is listed as the active ingredient in many sunscreens, and is becoming a top environmental contaminant in coastlines, lakes, and rivers. Preliminary evidence suggests that octocrylene disrupts the endocrine system and development in fish, coral, and mammals, and may increase the likelihood of cancer. Benzophenone, on the other hand, is not likely to be found on any sunscreen label but is known to be present in small amounts alongside octocrylene. Manufacturers of octocrylene state that benzophenone is a contaminant that “cannot be removed by its entirety when octocrylene is being processed,” and claim that the amount of benzophenone in their product is “negligible” (meaning close enough to zero that its impact can be ignored). Benzophenone is known to be carcinogenic and cause endocrine disruption and has been banned from all food and food packaging in the U.S. Despite this, environmental surveys that test bodies of water for chemical contamination rarely look for benzophenone because its levels in personal care products are assumed to be too low to have an impact. Concerned, Downs and coworkers decided to test for themselves whether benzophenone levels were indeed negligible.

As if they were regular consumers, Downs and coworkers bought their sunscreens from retail stores: nine from France in December 2019 and eight from the U.S. in January 2020. All products listed octocrylene as an ingredient on the label except for “Nivea Sun Protect and Hydrate SPF 50+” from France, chosen as a negative control. Three bottles of each sunscreen were used, and each bottle was tested four times to show that their results were reproducible. The scientists knew that octocrylene is chemically synthesized by a reaction called an “aldol condensation” between benzophenone and 2-ethylhexyl 2-cyanoacetate (Fig. 1). This could explain why benzophenone is present in octocrylene products. It could be that some of the starting material simply did not react. However, Downs and coworkers also hypothesized that octocrylene could break back down into its starting components over time through a retro-aldol condensation (“retro” meaning reverse). To simulate one year of shelf life, the scientists used the accelerated stability testing protocol of the U.S. Food and Drug Administration: storing each sunscreen for six weeks at 40ᵒC (104ᵒF) at 75% relative humidity before re-testing.

Overall, the scientists saw that—except for their negative control—all sunscreens tested had benzophenone and that all samples saw an increase in benzophenone concentration after the accelerated aging protocol (Table 1). Among the samples purchased in France, the starting concentrations ranged from 6.3 mg/kg to 64.6 mg/kg and increased 38.7-199.4% after six weeks. For the U.S. samples, the starting concentrations were 11.1 mg/kg-185.45 mg/kg and increased 14.5-134.4%. Importantly, they discovered that the percent increase depended not so much on the initial octocrylene concentration, but instead on the product formulation overall, hypothesizing that other ingredients may slow or enhance octocrylene degradation. Based on their results, Downs and coworkers recommend that octocrylene manufacturers (1) develop protocols to better remove benzophenone before selling it to sunscreen companies and (2) develop and include octocrylene stabilizers to prevent degradation over time.

Table 1. The average concentration of benzophenone in mg/kg in each sunscreen bottle after purchasing (baseline) in France (first nine) and in the U.S. (last eight) and after the accelerated aging protocol (six weeks). The Geometric Mean (GM) of the percent increase of benzophenone between the two time points was calculated for each product.

More research combined with responsible, science-driven legislation is of the upmost importance. Scientists and manufacturers can develop and produce vast quantities of many new molecules that have never been introduced into the environment before. And while those chemicals may have benefits, their use must be accompanied by thorough testing of their impact on ecosystems, wildlife, and the human body. In the meantime, the work of Downs and coworkers can help individual consumers make smarter choices when buying sunscreen, to stay safe from the sun—and the chemicals on their shelves.