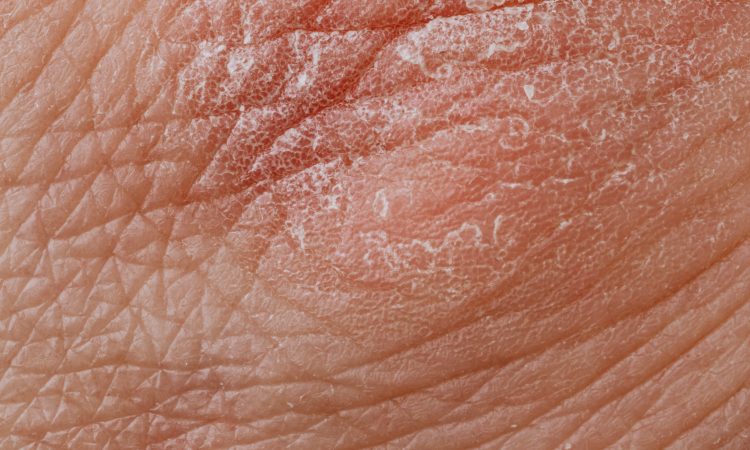 Title: Role for Cell-Surface Collagen of Streptococcus pyogenes in infections

Pathogens are under constant evolutionary pressure to develop ways to infect their host, so it shouldn’t be surprising that certain bacteria would take advantage of the most abundant protein in the human body, collagen, to increase their infectiousness. Collagen is the main component of connective tissue such as bones, cartilage, and skin, composing three quarters of their protein content. Its structure consists of a triple helix, which is broken when the skin gets damaged. In this study by Ellison et al., researchers discovered that a protein in the surface of Group A Streptococcus pyogenes (or GAS for short) is able to bind to collagen, and likely uses this mechanism to latch onto skin and infect humans.

GAS is a gram-positive bacterium that causes several diseases including scarlet fever, rheumatic fever and necrotizing fasciitis, a localized skin infection. Its surface is covered with a family of proteins called adhesins, aptly named because they can adhere to proteins in their host and thus cause an infection. Ellison et al. were interested in studying two adhesins, Scl 1 and Scl 2, which are characterized by having a collagen-like domain. Collagen is composed of repeating units of a Glycine amino acid residue followed by two other distinct amino acid residues, the collagen-like domain of the Scl’s also is composed of this pattern and has a similar structure. This domain holds up a variable domain in the surface of the bacteria, similar to the trunk of the tree [Figure 1a]. Since the variable domain has been shown to bind to various host cells, it was thought that the collagen like domain’s function was only to display the variable domain. Ellison et al. wondered whether the collagen-like domain could also play a role in GAS’s adherence to the skin. Damaged skin makes humans more vulnerable to infection, and when collagen gets damaged it loses its triple helical structure. This same group had previously developed collagen mimetic peptides (CMPs) and proven that they could bind to damaged collagen by forming a triple helix with it; they hypothesized that Scl1 and Scl2 could bind in a similar manner since the collagen-like domain is also similar to collagen.

First, they used a fluorescent version of the CMPs to test whether it could bind to Scl1 and Scl2. Three types of bacteria, GAS, E. coli and B. subtilis were incubated with the fluorescent red-CMP and then washed and visualized with a microscope. They found that red-CMP was able to bind to GAS, which expresses Scl1 and Scl2 proteins, but not to the other two strains of bacteria, which do not express the two proteins [Figure 2, upper panels]. To test whether the CMP was forming a triple helical domain with the collagen-like domain, the experiment was repeated with Red-D-CMP, which is the enantiomeric (or-mirror image) form the peptide. Ellison et al. reasoned that if CMP was binding to Scl1 and Scl2 through non-specific interactions such as polar attraction, then Red-D-CMP should be equally as effective as binding to the collagen-like domain as the original CMP. However, they found that Red-D-CMP was unable to bind to any of the bacteria [Figure 2, middle panels]. This showed that the chirality, or direction the peptide is able to form, is crucial to its binding to the surface of GAS cells, which supported their hypothesis that it was forming a triple helical domain with the collagen-like domain of Scl1 and Scl2.

GAS has many adhesins, so they still hadn’t proved that the CMPs were binding to Scl1 and Scl2 specifically. So, they engineered a strain of B. subtilis to express either Scl1 or Scl2 and repeated the incubation experiments with Red-CMP. They found that Red-CMP was able to bind with both strains of engineered bacteria but not to the wildtype. This showed that Scl1 and Scl2 were sufficient for binding to the CMPs, suggesting that it could also do the same with collagen. Next, Ellison et al. incubated the engineered B. subtilis strains in the surface of mammalian collagen, after washing only cells bound to collagen were left behind. They submerged the surface in a dye which stains bacteria and used the absorbance of this dye’s main wavelength to measure how many bacteria were able to bind to the collagen surface. The absorbance of the samples that incubated the strains expressing the Scl proteins in collagen-coated wells were significantly higher than those of wild-type bacteria incubated in the collagen-coated wells, and of that of the engineered strains incubated in uncoated wells [Figure 3]. This indicated that Scl1 and Scl2 is able to bind to collagen.

This study showed that two proteins in the surface of GAS, Scl1 and Scl2, are able to bind to collagen, which might help GAS infect wounds by latching onto the damaged collagen near them. It is a fascinating example of a mechanism bacteria developed to optimize their infectiousness against their hosts. However, ultimately human ingenuity could gain the upper hand; the scientists of this study suggested that molecules like CMP could potentially be used to inhibit this interaction between GAS and collagen, thus preventing infection.