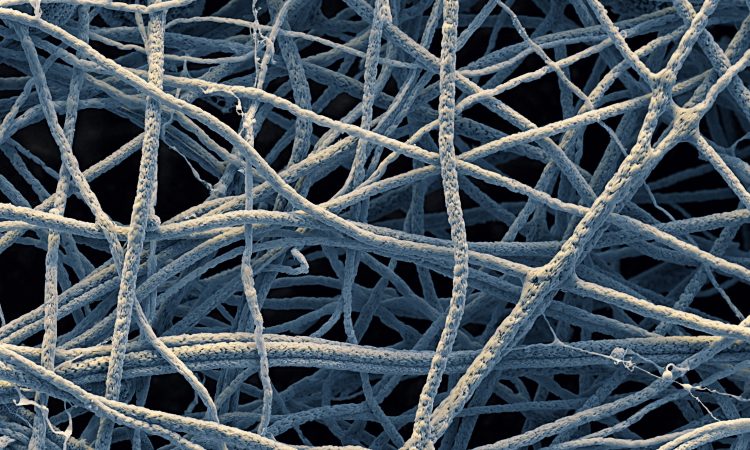 In the fields of medicine, biology, and chemistry, biosensors are an important part of a scientist’s toolset. Simply, biosensors convert biological information into an electrical signal, which the instrument converts to an output on a screen that the user can easily understand. For example, a marker molecule would change pH in the presence of a target enzyme, and that change in pH would correspond to a change in the amount of current that can pass through the molecule. Thus, the electrical signal would correspond to the amount of enzyme present.

Improving the quality of biosensors is therefore a way to improve multiple fields of science. Biosensors that are more reliable, robust, sensitive, and low-cost enable easier and faster diagnosis of treatment of diseases. By designing smaller biosensors using nanotechnology, several of these criteria can be met: the amount of analyte necessary for sensor operation is decreased, the size of the overall device is smaller, the cost to mass produce the device is lower, and the sensitivity may be increased. Additionally, nanoscale biosensors can potentially interact with and detect molecules using nanoscale phenomena. With this in mind, Tsiamis et al. created new carbon nanofiber (CNF)-based biosensors, which they present in their recent paper.

CNFs are a good choice for biosensors thanks to several of their characteristic properties:  large surface area, good electrical activity, and strong chemical and physical stability and durability. Additionally they can be coated with other materials to functionalize them further. This group specifically wrapped their CNFs in graphene, which has an even better electrical conductivity than CNFs. The group created their CNFs with a technique called electrospinning, where an electric current allows a small stream of liquid to be sprayed from a tip onto a rotating plate, creating a mat of fibers. The specific carbon-backbone polymers that made up their CNFs were polyacrylonitrile and poly(acrylic acid) in a 7:1 ratio. After the nanofibers were spun successfully from suspensions of each of the polymers, they were stabilized by being baked in an oven at 200 °C. After this, the sample was carbonized at 750 °C in an oxygen-free environment. Then, the fibers were placed in a solution of graphene oxide and prepared for the wrapping process by adjusting the pH and concentration. Next, hydrazine monohydrate, a reducing agent, was added to reduce the graphene oxide to graphene; in doing so, the graphene bonded to the fibers. With their novel graphene-wrapped CNFs in hand, Tsiamis et al. moved on to the next step, testing their creation.

The first property looked at was the shape and size of the fibers, measured using Scanning Electron Microscopy, which let them take nanoscale pictures of their fibers. They took a series of images (Figure 1) of both before (1a) and after (1b-f) the graphene wrapping process. Using these pictures, they were able to determine that the fibers were successfully created in the nanometer scale, measuring widths from 275 to 625 nanometers. Additionally, these images demonstrate that the smooth fibers of 1a clearly gave way to the rough and wrinkled fibers of 1b and 1c after the wrapping process, and the wrapping formed sheets where the fibers were dense, as shown in 1d. After completing carbonization, the overall appearance of the fibers was once again smooth (1e), although on closer examination (1f) they did have a rough surface, indicating that the fibers were covered in graphene.

Figure 1: A series of pictures taken with Scanning Electron Microscopy of their CNFs. 1a is after electrospinning, 1b-d are after graphene wrapping, and 1e and 1f are after carbonization.

Next the group characterized their wrapped CNFs with a series of other techniques, including Fourier transform infrared spectroscopy, X-ray diffraction, and Raman spectroscopy to thoroughly establish that they successfully created their CNFs and successfully wrapped them in graphene.

Finally, the group tested the most important characteristic of their material, its electrochemical properties. First they used cyclic voltammetry, which varies the voltage going through an electrode (in this case their CNF) and measures the resulting current. They determined that the electroactive surface area of their graphene wrapped and carbonized electrode was 2.10 times that of a bare reference electrode, a good improvement, especially since the carbon glue attaching their sample to the electrode inhibited the overall amount of current passing through the sample. Second, they used electrochemical impedance spectroscopy to determine the impedance of their CNF by measuring its resistance over a range of alternating current frequencies. Once the impedance was determined, they used this to calculate that their graphene wrapped and carbonized electrode was 14.36 times more conductive than their reference electrode, again despite the inhibitions of the carbon glue they had to use.

Tsiamis et al.’s new CNF is significantly more sensitive than a standard electrode, and this combined with its low cost and relatively simple manufacturing process, means that a graphene-wrapped CNF will likely be implemented in future biosensors. This new method makes substantive progress in the incremental improvement of low-cost electrodes.

“A whiff of nothing” by BASF – We create chemistry is licensed under CC BY-NC-ND 2.0