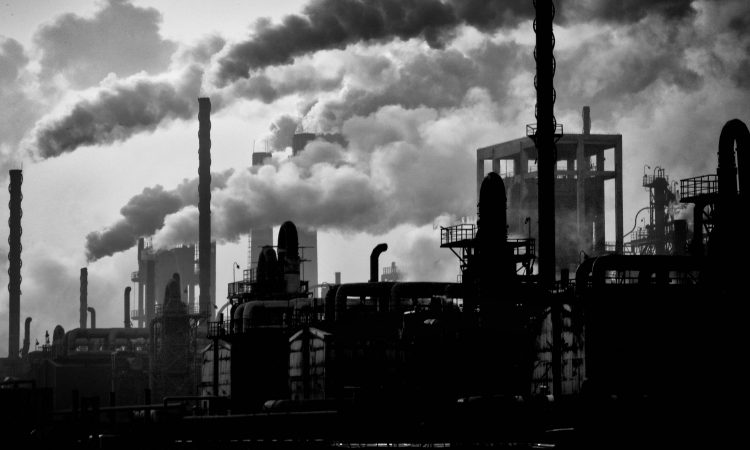 The type of film Liu et al. created and optimized was a thin-film composite (TFC) membrane. TFC membranes are composed of three layers: a porous support layer on the bottom, a highly permeable middle layer called the “gutter layer”, and a very thin top layer that selectively allows only the target gas molecules through (Figure 1). The gutter layer is essential to the TFC working properly, as it keeps the top layer from going through the pores in the bottom layer and additionally provides a smooth surface for the top layer to coat.

The gutter layer of TFCs is commonly composed of the polymer poly-(dimethylsiloxane) (PDMS), as it is stable, easy to manufacture and incorporate into TFCs, and has high gas permeability. However, in past research PDMS gutter layers have had lower permeability than the documented literature value, indicating that there is some aspect of the PDMS when used in a TFC that prevents it from functioning at its full potential. Alternative materials for gutter layers, such as Teflon, or a metal-organic framework (MOF), have a permeability close to 50 times that of PDMS, but Teflon and MOFs are more expensive, less flexible, and harder to work with. As such, Liu et al.’s goal with this research was to improve the performance of PDMS gutter layers by adding MOFs to the material while still keeping all the standard advantages that PDMS gutter layers provide.

MOFs are hybrid materials that bond organic ligands and metals to create a new material. Normally MOFs appear in the world of chemistry as crystalline materials with pores that can capture target molecules and then selectively release them. However, amorphous MOFs also exist, and they have the same porous nature as their crystalline counterparts. With this knowledge in mind, the researchers created ultrathin amorphous MOF nanosheets out of copper ions and a particular organic ligand, 2,5-dioxido-1,4-benzenedicarboxylic acid (Figure 2). Normally the reaction of these two reactants would form a crystalline MOF, however with the addition of acetonitrile, the organic ligand cannot symmetrically add to the copper ions, and thus the MOF sheet forms amorphously in the shape of a disk (Figure 3).

Figure 2: Cu2+ and 2,5-dioxido-1,4-benzenedicarboxylic acid normally react to form crystalline MOFs, but when acetonitrile (CH3CN) is added the MOF forms into amorphous sheets.

Figure 3: the finished MOF nanosheets. Note that the nanometer labels describe the disks’ thickness, not their diameter.

Next, the research group mixed their MOF nanosheets into a PDMS precursor, and they spin-coated this mixture onto a premade bottom layer to make a PDMS&MOF gutter layer. They were pleased to learn that the MOFs were chemically stable throughout the process to make the gutter layer, and next they tested its CO2 permeability. They found that by adding only 1.8 weight percent of the MOF to PDMS they were able to achieve a CO2 permeance of 10,450 Gas Permeance Units (a unit that expresses the permeability as a function of the membrane thickness) with a CO2/N2 selectivity of 9.1. The CO2 permeance of a pure PDMS gutter layer was measured by the researchers as 2,880 GPU with a CO2/N2 selectivity of 10. Thus, their PDMS&MOF gutter layer was over three times as permeable as pure PDMS while also maintaining good selectivity.

Finally, they tested other parameters of their membrane, including its thermal stability, structural integrity and flexibility, all of which were comparable to those of a PDMS membrane. The last parameter they determined was how expensive their PDMS&MOF membrane was per amount of CO2 captured from a typical post-combustion CO2 flue (i.e. simulating the gas mixture, temperature, and pressure of the gas outflow of a fossil fuel power plant), as compared with pure PDMS, and they determined that their membrane was about 30% less expensive, implying that this new type of membrane is an economically viable alternative to pure PMDS membranes. Hopefully, going forward either this new method or similar additives that are both efficient and economically viable can be used to improve carbon capture technology implemented in industrial settings, helping to slow the advance of climate change.