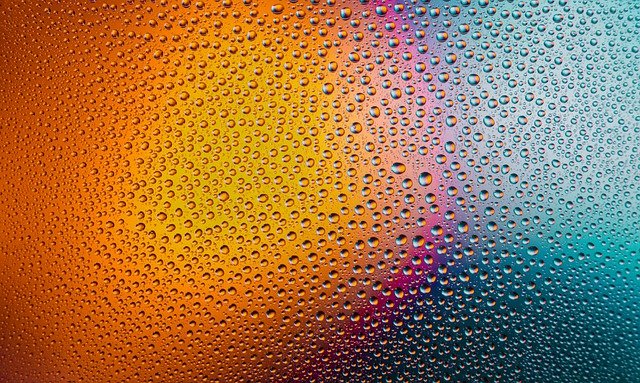 Providing clean drinking water remains a significant challenge across the world and is one of the Sustainable Development Goals outlined by the UN. According to a report released by UNICEF and the WHO in 2019, 2.2 billion people didn’t have safe drinking water available in their homes, and an estimated 785 million people lacked access to any basic water infrastructure. As climate change worsens, severe storms and flooding are becoming more frequent, and these events can contaminate freshwater sources. In other places, lack of rainfall caused by changing rainfall patterns is causing drought. Desalination plants are one solution for providing fresh water, however they are expensive and need to be located on coastlines. This makes them an impractical solution to water scarcity in many countries.

To make their distillation device, the researcher used recycled paper as their membrane. Not only are recycled materials readily available and relatively cheap, but recycled paper has larger pores compared to unrecycled paper, which improves the distillation performance of the device. To enable the device to heat up using the sun’s energy, the top layer of the device was coated with a polymer which absorbs sunlight called polypyrrole. Based on photothermal imaging, this top layer reached temperatures up to 60 °C. Although devices with one membrane work well, the researchers used multiple membranes to create a multi-stage membrane distillation device. These devices have higher water conversion efficiency and take up much less space than their single membrane counterparts. As shown in Figure 1, the distillation efficiency improves with each new layer added. The production rate of water per stage did drop as more stages were added, but the 8-stage membrane device exhibited the best performance in terms of production of freshwater.

A lot of research on the performance of membrane distillation devices uses a sodium chloride brine solution as a substitute for seawater. However, this tends to overestimate performance. This is because real seawater tends to have other minerals in it which are less water-soluble, and are therefore more likely to clog the pores of the membrane than a simple sodium chloride brine. To give a more accurate understanding of the performance of their device, the researchers tested their device using seawater they collected from the Red Sea. In an earlier design of their device, shown in Figure 2A (“dead-end mode”), the researchers noted that the pores in the device did become clogged, reducing the production rate from 4.34 kg m-1 h-1 of freshwater to just 1.39 kg m-1 h-1. To overcome this challenge, the researchers redesigned the device so that seawater could flow over the paper membranes. Their new design, shown in Figure 2B (“siphon-flow mode”), incorporates an inlet to siphon seawater up to the membrane and an outlet to expel the concentrated seawater on the other side, allowing it to flow across the membrane. This flow helped to dissolve crystals on the membranes, improving the efficiency of the device. On average, the redesigned model exhibited a stable rate of production of freshwater of 3.61 kg m-1 h-1.

The researchers analysed the freshwater produced by the device, showing that the concentrations of all four major ionic species (sodium, potassium, calcium, and magnesium) were below 10 ppm. This is the limit set by the World Health Organisation for safe drinking water. Figure 3 shows a comparison of the concentrations of these four major ions before and after distillation, demonstrating a large reduction in their concentration. The researchers also noted that no other organic contaminants were present in the water after distillation. When tested outside under the sun, the device produced approximately 16 kg m-2 of freshwater over the course of 1 day. To put this in perspective, if this device that covered half a square metre, it would provide 8 L of drinking water per day, enough to sustain a family of 4.

Accessibility to safe sources of drinking water remains a significant challenge, particularly for communities living in poverty, who often lack access to the necessary infrastructure. Distillation devices such as this one provide a relatively cheap option to produce safe drinking water from salty or brackish sources of water. It requires no electricity, instead using a polymer which absorbs sunlight to heat the water and drive evaporation. The low requirements for using this device, as well as the cheap and simple design could allow it to provide safe drinking water to communities with very limited resources and could also be rapidly deployed in emergency situations. In the future, this device could be one of the solutions that ensure clean drinking water is available everyone.