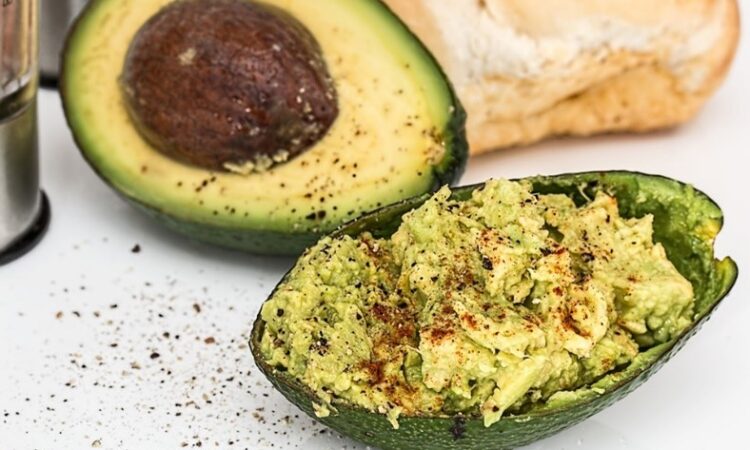 When we think of turning waste materials into useful products, we often think of recycling things like metal, glass, and plastic. However, plant waste can also fall under this category, especially because millions of tons of plant waste are produced every year. For example, in 2018, more than 35 million tons of plant waste consisted of banana peels alone. Importantly, inedible fruit peels can still contain many molecules that are useful for human health such as carotenoids which have antioxidant, anticancer, antidiabetic, and anti-inflammatory effects. Carotenoids can also be found in some invasive plant species like Japanese knotweed.

Invasive species can decrease biodiversity by taking land and nutrients away from diverse, native species. The invading plants can be removed from the ground, but this creates a lot of plant waste. Over 15 tons of plant matter per 100 acres is produced by Japanese knotweed, which is one of the top 100 most invasive species on the planet. For this reason, the scientists Metličar, Kranjc, and Albreht decided to develop an environmentally friendly method to extract useful carotenoids from plant waste and to chemically convert these carotenoids into their more stable forms that could potentially be utilized as supplements for human health.

Carotenoids come in two main categories: carotenes and xanthophylls. Carotenes consist of only carbon and hydrogen atoms; one example is lycopene, the pigment molecule that gives tomatoes their red color (Fig. 1A) [1]. Xanthophylls, on the other hand, contain carbon, hydrogen, and oxygen atoms. One important xanthophyll is lutein (Fig. 1B), an anti-inflammatory known to prevent macular degeneration which is the leading cause of blindness [4]. Lutein has also been shown to increase cognitive function, decrease the risk of cancer, and improve cardiovascular health markers [4]. Because of its positive health effects, the scientists of this study decided to develop a method to extract lutein from plant waste.

Once plant matter is harvested and ground to a paste, xanthophylls are usually extracted from the paste by adding an organic solvent such as n-hexane, benzene, or chloroform which can easily dissolved xanthophylls (and other non-polar molecules) while leaving behind more polar molecules like cellulose (the main component in plant cell walls [5]). However, these solvents are all highly toxic, and using them would create a large amount of hazardous waste. As a more environmentally friendly alternative, the scientists tried using β-pinene (Fig. 1C) instead. β-pinene is a non-polar molecule found in the essential oil of many plants, and it has a piney, woody scent [3]. It’s a liquid at room temperature [3], so it can be used as an extraction solvent for xanthophylls. Also, because it is plant-based itself, β-pinene is a renewable resource. Table 1 shows the mass of lutein using β-pinene from 100 grams (g) of dry plant matter including either Japanese knotweed or peels from either oranges, mandarins, lemons, bananas, mangos, or avocados. Japanese knotweed produced the most lutein at 106 mg/g, avocado peels produced the second most at 9 mg/g.

However, one difficulty with using xanthophylls as supplements are that all carotenoids can easily decompose contact with light, oxidants, acidic conditions, high temperatures, or small amounts of some metals. However, scientists can convert xanthophylls into xanthophyll esters (Fig. 2A) to increase both stability and bioavailability (the proportion of drug in an organism that produces a biological effect). This chemical reaction can be done directly in β-pinene after extraction, but it also requires acetic anhydride as an ester source, and a base to neutralize acidic conditions formed during the reaction. Out of four bases tested, 4-Dimethylaminopyridine (DMAP, Fig. 2A) gave the highest yield at 95% compared to 55% and less than 10%. Another important consideration was the temperature for the reaction. High temperatures can speed up the rate of esterification reactions by putting more energy into the reacting molecules, but in this case, the instability of the xanthophylls at high temperatures caused them to decompose at 60ᵒC or above. The reaction can work well between room temperature (20-25ᵒC) and 40ᵒC, which is useful in designing an environmentally friendly method because heating the reaction to higher temperatures would require more fuel to create the heat.

Overall, the reaction using lutein produced lutein diacetate (two esters because lutein contains two hydroxyl groups) at a yield of 98% (meaning 98 of every 100 lutein molecules were converted to lutein diacetate). The scientists purified the lutein diacetate first by removing the polar molecules from the non-polar product by mixing 10% baking soda in water with the reaction mixture and then separating the two phases like vinegar and oil in a salad dressing by spinning the sample in a centrifuge which relies on centrifugal forces to push the β-pinene and lutein diacetate to the bottom of a tube, leaving the water and polar solution at the top. After 3 washes, their product was 99% pure at a yield of 94%. Finally, they created a range of other lutein esters (an ester contains two oxygen atoms bonded to carbon which is also bound to a variable carbon chain, Fig. 2B).

With their newly developed method, Metličar, Kranjc, and Albreht have managed to turn fruit peels and invasive plant species into nine different lutein esters that could potentially be used to support eye and heart health and reduce the risk of cancer. This method supports goals of zero-waste agriculture by using fruit peels, and also supports biodiversity by using invasive plant species. It is especially environmentally friendly because of the renewable, plant-based solvent and the ability to run the reaction at room temperature to avoid high inputs of energy. The scientists plan to search for other potentially useful molecules in fruit and Japanese knotweed waste to turn trash into treasure and help take care of our planet.