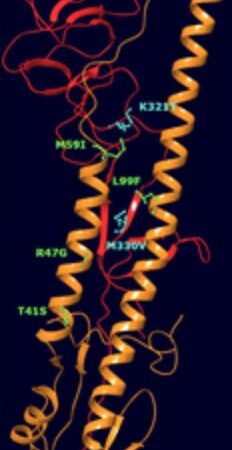 Besides COVID, there have been viruses in the past that were just as deadly – most famously H1N1, measles, typhoid and at one-point, seasonal flu. Today, according to a the ‘Estimates of global seasonal influenza-associated respiratory mortality: a modelling study’ published in Lancet, the influenza virus kills about 646K people all over the world and infects about 8% of the USA population. White et. al have recently found a way to stop the entry and subsequent replication of the Influenza virus.

To stop the entry of the virus, one must first understand how the virus enters the body. This virus has a protein called hemagglutinin (HA) which interacts with the glycoproteins present in the membrane of a human body cell and enters the cell by a method called endocytosis. Once inside, the virus releases proteins (vRNPs) which when incorporated into the host nucleus become the viral RNAs. So what is the HA? It is a protein whose subtypes are divided into 2 groups, the combination of these subtypes gives rise to various influenza virus’s such as H1N1, H5N1, H3N2 etc. The HA protein exists as a molecule of 3 HA units (these are called trimers) and each unit of HA has 2 parts, HA1 and HA2. The HA1 is responsible for binding. When the pH of the cell reduces, the HA2 mediates the fusion of the virus with the membrane. Besides the HA protein, there are 2 other proteins that help the virus in entry into the host and replication. The M protein helps in transporting the virus and the NS protein doesn’t allow the host to immunize itself against the virus.

The medicines till date targeted the HA subtypes from either group 1 or group 2 to prevent its fusion and entry into the cell. Hence, these medicines can be used only if the virus being treated has the particular subtype of HA. But, in this research, the compound they found, aryl sulfonamide (compound 1, as shown in the figure), targets HA proteins from both the groups, which increases its application to a number of influenza virus’s.

The scientists found that compound 1 reduced the viral RNA levels. The RNA which encoded HA, M and NS proteins were also reduced. Experiments performed on lung epithelial cell lines and cell lines infected with influenza virus led the scientist to hypothesize that compound 1 interferes with the entry of the virus. To confirm their hypothesis, they designed two experiments. One where the compound was added before the cells were infected and the other an hour after the cells were infected. They found that the viral load was greatly reduced in the experiment where the compound was added before the infection. The scientists also determined that compound 1 specifically targeted the HA proteins based on the mutations in the HA1 and HA2 parts of the HA proteins when the virus was subjected to extremely hostile conditions (maximum concentration of compound 1 under which viruses could still grow).

To understand the application of compound 1, it was tested on H1N1, H5N1 and H3N2 viruses, and it was found that the viral load was reduced by 99%. Besides compound 1, the scientists also made analogs of compound 1. Compound 1 and its difluoro analogue (21) slightly reduced the infected cells but the 2-methyl-4-chlorophenyl (12) analogue more effectively decreased the infection at concentrations which was non-toxic. To investigate further, analogues of compound 21 were made.  The activity of about 53 analogs was determined and it was found that the aryl sulfonyl group played an important role -the N-alkyl and N-aryl group on central nitrogen was a requirement. Furthermore, the heteroaryl rings or highly polar groups couldn’t be nitrogen substituents and 1,4-disubstituted N aryl ring had a beneficial effect.

In this research, the scientists have identified a compound that has the potential to inhibit the entry and replication of multiple types of influenza A viruses. The most important point is that the compound 1 acts on viruses having HA subtype proteins from either group 1 or group 2. This increases its applicability. With the increasing number of viral infections and the prediction that the SARS-CoV2 isn’t the last pandemic, it becomes important to make sure there are molecules that have the potential to act on a diverse spectrum of viruses.