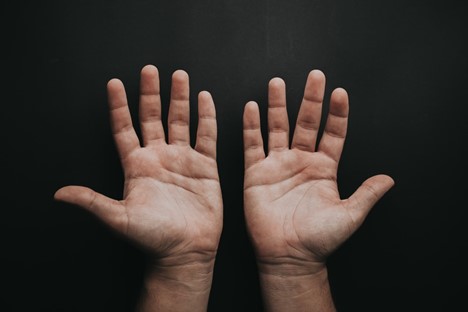 Featured image by Luis Quintero is licensed under Unsplash License

Skin cancer is the abnormal growth of skin cells where it primarily develops on areas of skin that are exposed to the sun such as the face, ears, neck, lips, chest and hands. It can also occur on covered areas that are rarely exposed to light such as the genitals, or beneath your nails. There are three major types of skin cancer which include squamous cell carcinoma, basal cell carcinoma and melanoma.

Basal cell carcinoma develops usually on areas of sun exposed skin and are thought to be caused by constant exposure to ultraviolet radiation from sunlight. It occurs when the basal cells in the skin develops a mutation in its DNA, resulting in abnormal cell growth. Squamous cell carcinoma, as the name implies develops in the squamous cells which constitute the middle and outer layers of our skin. Squamous cell carcinoma also results from prolonged exposure to ultraviolet radiation from sunlight or even tanning beds and lamps. Other risk factors that can increase this condition include long term exposure to chemicals (e.g. arsenic in water), or even weakened immune system. The final major category of skin cancer includes melanoma.

Melanoma is the most serious type of skin cancer that develops in cells known as melanocytes which produce melanin, a pigment that gives skin its color. The specific cause of melanoma is not certain but exposure to ultraviolet radiation from sunlight can increase its risk. Other risk factors include a history of sunburn, family history of melanoma, and weakened immune system.

For any cancer, it is always best to detect the early symptoms before its onset to best allow for appropriate medical treatment. Early detection methods are especially critical for skin cancer treatment to minimize its growth and development. For melanoma, it’s early phase detection is important before it gains the potential to spread (metastasize) to other areas of the body.

Currently, the main standard for skin cancer diagnosis include a visual inspection and biopsy. While the methods are effective, it is limited in its specificity and sensitivity at early stages for skin cancer resulting in potential for misdiagnosis. Therefore, better detection methods for early stage melanoma are crucial for patients and medical personnel.

Jankovskaja and colleagues have developed a non-invasive and topical sampling method using low molecular weight, skin cancer biomarkers for better detection of early stages of skin cancer diagnostics. Specifically, this method detects low molecular weight (LMW) compounds (less than 500 Daltons in size) which permeate and reach the surface of skin during melanoma development. Key LMW compounds that are studied include tryptophan (Trp), its metabolite kynurenine (Kyn), tyrosine (Tyr) and phenylalanine (Phe). Trp and Kyn are chosen because they are involved in three metabolic pathways (i.e. serotonin production, Kyn pathway and protein synthesis) that are important for the health and disease. The conversion of Trp to Kyn by the Kyn biosynthesis pathway is of significance because it involves an enzyme (IDO-1), where its regulation impacts development of various malignancies including melanoma. Phe and Tyr are chosen to demonstrate additional confidence in analytical method and also because they are part of natural moisturizing factor in the skin (i.e. stratum corneum).

Jankovskaja and colleagues have tested various sampling materials which include agarose, chitosan, a combination of agarose and chitosan, hydrated potato starch, hydrated cotton swab and tape strips. The study was conducted on three healthy men and three healthy women Caucasian volunteers (25 to 35 years) with no history of skin disease. The study indicates that all sampling procedures were able to collect biomarkers from the skin surface. Notably, hydrated potato starch collected the highest quantities, while hydrated cotton swab collected lower amounts of Phe and Trp.

The experiment only evaluated Tyr, Phe and Trp because Kyn was not detected in samples from skin during sweating. The experiment in figure 2a demonstrates that all sampling techniques except for TPS (tape strips) show a significantly greater concentration of Phe, Tyr, and Trp in sweating conditions compared to at rest. In figure 2b, the ratios with Tyr were significantly different at rest and sweating. In contrast, the Phe/Trp ratio does not have any significant difference between rest and sweating conditions on skin surface. The authors highlight that sweating does not significantly affect the Phe/Trp ratio which indicates that it has potential as a biomarker for skin cancer detection.

Jankovskaja and colleagues have developed a non-invasive and in vivo monitoring method for cancer skin biomarkers with aims to improve and support skin cancer diagnosis. The experiments show great potential as it demonstrates strong detection and collection of low molecular weight biomarkers. The study highlights the importance of the biomarkers, specifically the Phe/Trp and Trp/Kyn ratios as potential evaluation tools for skin cancer detection. Future studies require greater sampling populations to demonstrate the reliability and reproducibility of methods. Overall, the study shows a potential effective method with important clinical applications for skin cancer diagnosis.