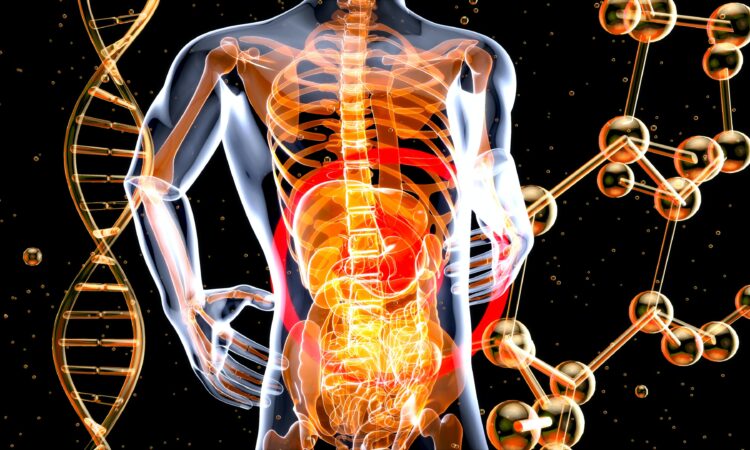 Title: Effect of Probiotic Fungi against Cognitive Impairment in Mice via Regulation of the Fungal Microbiota−Gut−Brain Axis

Photo by julien Tromeur on Unsplash

The idea of microorganisms in the gut might make someone squeamish, but they exist to work with our body’s proteins to keep it functioning normally. This family of microbes is called the gut microbiota and depending on our lifestyle, health, and the food we eat, their composition changes. Most of the time, microbiota refers to bacteria, and studies tend to ignore other organisms that play just as important a role. One of the lesser visible microbes are fungi. Studies have shown that the fungal community keeps the gut healthy by regulating immunity. It affects the inflammatory response in response to pathogens. Interestingly, a study also showed that disturbances in the fungal community may be related to Alzheimer’s disease. The less diverse it is, the worse the symptoms are. But how would a micro scale organism in the gut affect the health of the brain?

One way that processes happen in the body is through signaling mechanisms – proteins attach to a receptor (think of it as a socket in which you would plug an appliance) and the consequence is a change in concentrations or locations of other proteins in  the cell. This change dictates what happens next. To explain this fungal community and Alzheimer’s link,  Ye et. al hypothesized that a signaling mechanism involving a receptor called Toll-like receptors (TLRs) might be playing a role. TLRs are important in the intestine to maintain its health, and their activation in the brain also increases accumulation of a protein called amyloid beta which is commonly seen in Alzheimer’s.

How is the fungal community involved in TLR signaling mechanism? –  They checked for two types of TLR receptors – TLR2 and TLR4. The Alzheimer’s mouse and the fluconazole treated mouse showed higher levels of these receptors compared to the wild type but the levels of these dropped significantly when treated with yeast, suggesting the involvement of fungal community in TLR signaling mechanism. In presence of higher TLR receptors, we have increased production of neuroinflammatory signals so, lower these, the healthier the brain.

They established that the loss of fungal community contributes to Alzheimer’s through behavior studies and measuring some proteins. The mice behavior was different in each group. Object recognition ability test (ORA), speed, and distance travelled by the mice are used to see how responsive it is, indicating its cognitive abilities. The mouse with Alzheimer’s showed less ORA, reduced speed and it travelled a much less distance compared to the wild-type, or the yeast treated mouse, indicating its impaired brain functioning. But the opposite was seen in the yeast treated mouse, along with reduced anxiousness showing the yeast’s beneficial treatment, and on killing the yeast by administrating fluconazole, the beneficial effect of yeast was reversed, indicating the importance of a fungal community in Alzheimer’s.

A few indications of Alzheimer’s diseases are the deposition of a protein called Aβ in the brain, hyperphosphorylation (excessive addition of phosphates) of a protein called Tau, a loss of synaptic plasticity, which is the ability of brain to change and adapt to new information, and neuroinflammation. They studied the levels of some proteins that indicate each of these conditions. They found that proteins indicating Alzheimer’s and neuroinflammation were increased in the Alzheimer’s mouse and the mouse treated with yeast and fluconazole when compared with the wild type mouse, but these proteins were decreased in the yeast treated mouse. The proteins related to synaptic plasticity were decreased in Alzheimer’s mouse and the fluconazole treated mouse, while increased in the yeast treated mouse. These results suggest that the presence of fungal microbiota would be involved in synaptic plasticity and treatment with probiotic yeast might provide beneficial effects for cognitive function.

Other experiments they did established that there existed a different gut microbiota species composition in the Alzheimer’s like mouse compared to a mouse with a healthy fungal community, allowing them to conclude that probiotics might maintain gut fungal balance too.

They propose the following mechanism (Fig. 2) for explaining the effect of a healthy fungal community –

This paper helps in establishing that a better, diverse fungal community might alleviate Alzheimer’s and fungal microbiota might give us clues for its treatment, but studies need to be done to confirm this correlation and to establish a mechanism and reasoning behind it. It would be important to understand not only the levels of inflammatory responses but also the how the fungal microbiota changes these responses. But one thing is for sure – some kinds of fungi are good for your health!