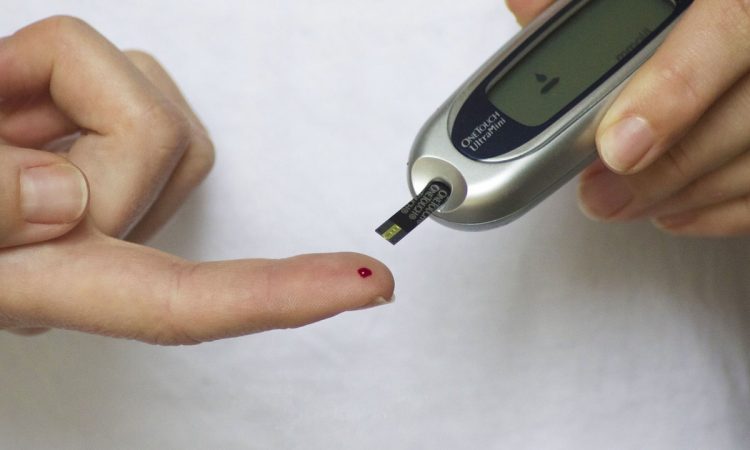 When it comes to “point-of-care” (POC) diagnostics, or tests that can be conveniently performed anywhere a patient needs it, there is perhaps no better example than the glucose meter. Designed to measure the blood sugar (glucose) levels in diabetics, this device had helped millions of people keep their disease in check in their day-to-day lives.

The World Health Organization (WHO) has established criteria they deem necessary for a successful POC device: affordable, selective, sensitive, user-friendly, rapid and robust, equipment-free, and deliverable (ASSURED). The glucose meter is one of very few devices that meet the criteria, and the development of technologies that can match the meter’s success is of enormous interest to health professionals and analytical chemists.

What if we could take a shortcut in developing new devices by modifying devices we already have? Researchers at Georgia State University are working on this very problem, and they have been able to hack glucose meters to detect enzymes, bacteria, and viruses.

Glucose meters work by utilizing an enzymatic reaction that oxidizes glucose, releasing electrons and generating current in a detector. The more glucose that is oxidized, the more electrons are released, resulting in higher current and a higher reading. Most diabetic people will purchase test strips which contain the enzyme glucose oxidase (or a similar enzyme), place a drop of blood on the strip, and measure their blood sugar with the meter several times a day.

One disadvantage of glucose meters is the interference that some over-the-counter medication can have on the glucose reading. For instance, acetaminophen, a common pain-reliever, is easily oxidized directly on the detector’s electrode surface, causing an inflated current reading. However, researchers at Georgia State University have taken advantage of this property to detect far more than just blood sugar using the very same device millions diabetics already have in their homes.

These researchers designed molecules that can be cleaved by common enzymes to release acetaminophen. When the molecule was added to a solution containing either an enzyme (β-galactosidase or α-mannosidase, biomarkers for bacteria), E. coli, influenza virus, or S. pneumoniae, acetaminophen was cleaved from the molecule. The researchers placed a drop of this reaction mixture onto a test strip and measured the current using a glucose meter. The approach was successful in all of their tests, over a wide range of abundances of enzyme or microbe (Figure 1). Importantly, these experiments made huge improvements in detection over similar experiments performed in the past. Previously, many groups have designed similar molecules that when introduced to a microorganism, would release glucose instead of acetaminophen, taking advantage of the traditional mechanism for glucose detection (Figure 2A). However, this approach is highly susceptible to interference from glucose that is already in blood.

Using acetaminophen as the detection mechanism (Figure 2B) allows researchers to use test strips that don’t include the glucose-oxidizing enzyme at all, and thus glucose would not interfere with the measurement. In fact, using these “blank” test strips would be cheaper to produce and last longer than test strips with the enzyme. This research describes an ingenious way of hacking technology we already have to expand its use. Imagine: soon you may be able to diagnose yourself with the flu, without so much as getting out of bed!