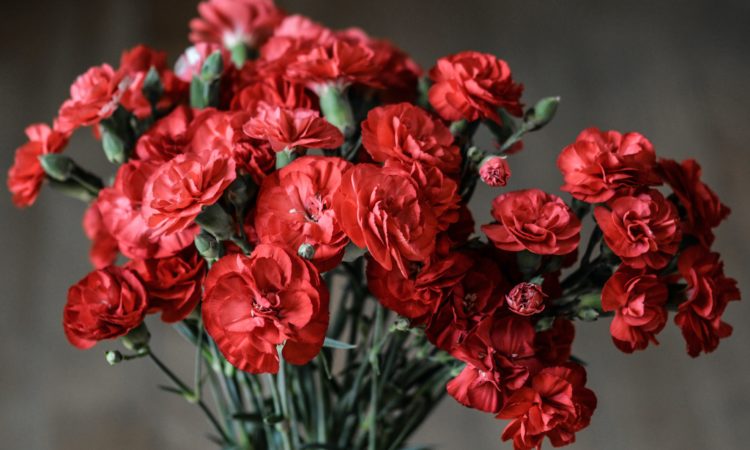 You know when you want your bananas to ripen quickly, you put a bushel in a brown paper bag and close it, leaving a lot of empty space? That’s because bananas secrete a simple chemical called ethylene (Fig 1). This two-carbon molecule is a potent regulatory hormone that tells bananas and other plants the right time to germinate, ripen, flower and even die. Fruit growers take advantage of ethylene’s effect and spray young produce with a gaseous version to ripen fruit quickly.

Ethylene also indicates when flowers, that are much more sensitive to ethylene than fruits, are under stress, such as during bacterial infection or upon exposure to polluted water. The levels released from flowers in these situations, though, are incredibly low, in the parts per billion range. That’s approximately equivalent to one drop of food dye in a swimming pool. So how do scientists detect trace levels of this gaseous molecule?

The most common method for ethylene detection relies on electrochemical oxidation (Fig 1). The portable instruments suck up your gas sample (like the atmosphere of a greenhouse) and analyze how much current is produced from an ethylene-requiring chemical reaction. Ethylene is converted, by gold nanoparticles immobilized onto a membrane, into carbon dioxide and water, by a reaction called oxidation. This conversion separates hydrogen atoms from ethylene; these protons travel across the membrane to reach another electrode. The charge difference between the electrodes on each side of the membrane generates an electric current, hence the name electrochemical oxidation. The strength of the electric current is directly proportional to the input amount of ethylene, allowing scientists to use their sensor to quantify the rate of ethylene production over time.

But, if you know anything about chemical reactions, you know that increasing the amount of a product shifts the chemical equilibrium back to reagents – by increasing the water or carbon dioxide in the system, the reaction reverses, and actually ends up producing more ethylene! You can imagine in humid environments where there is a lot of water in the atmosphere, such as in florist greenhouses, that it is difficult to obtain accurate measurements of ethylene.

How to solve this issue? Change the reaction!

Scientists at MIT noticed a keen similarity between the starting reagents for Wacker oxidation and ethylene (Fig 1). The Wacker reaction transforms their starting reagents, plain or substituted alkenes, into ketones or aldehydes using a palladium catalyst in the presence of a nucleophile (such as water or alcohol) and a co-oxidant (such as oxygen). By changing the first catalyst, the nitrite catalyst, and including an electron-rich palladium dopant, Fong et al. created an ethylene-specific electrochemical oxidation system that could detect the two-carbon molecule in the parts per billion range.

The researchers placed two gold-chromium electrodes onto an electrically-grounding glass slide, leaving space in the middle for a drop of their catalytic mixture atop single-walled carbon nanotubes (Fig 2).

The nanotubes served as a path for electrons to flow from one electrode to another, as no membrane existed like in other sensors. The catalytic mixture contained: nitrite and palladium catalysts, that facilitated the reaction; electron-rich palladium metal, to participate in catalyst regeneration and increase conductance; benzyl alcohol, to keep all components in solution; and oxygen as the co-oxidant. When exposed to ethylene-containing air samples, their mixture converted ethylene into acetaldehyde and produced a strong electric response, reported in conductance. Conductance is how easily electrons flow through a circuit, such as the one between the electrodes and the carbon nanotubes. The scientists saw an ethylene-dependent increase in conductance from their device, indicating their device was specific to ethylene and functioned properly (Fig 3).

To determine the system’s sensitivity and demonstrate utility, Fong et al. analyzed the ethylene production of two flower species from budding to death using their device (Fig 4). They enclosed purple lisianthus and red carnations in a chamber containing their device. As the flowers excreted gaseous ethylene, the device recorded the changes in ethylene-dependent electrochemical oxidation. Notably, the fluctuations in ethylene production corresponded to the typical blooming times associated with each flower; carnations bloom in a day, demonstrated by the sharp peak around the 10 hr mark that returned to baseline by approx. 24 hrs, while lisianthus bloom over the period of a week, reflected in the lower and more spread-out distribution of ethylene over time.

Fong et al.’s system eliminates one of the critical disadvantages of commercial ethylene sensors by switching to a “Wack”-ier reaction, resulting in a sensitive (responds to parts per billion levels of ethylene) and selective (reacts almost exclusively to ethylene) device for ethylene monitoring for flowers.