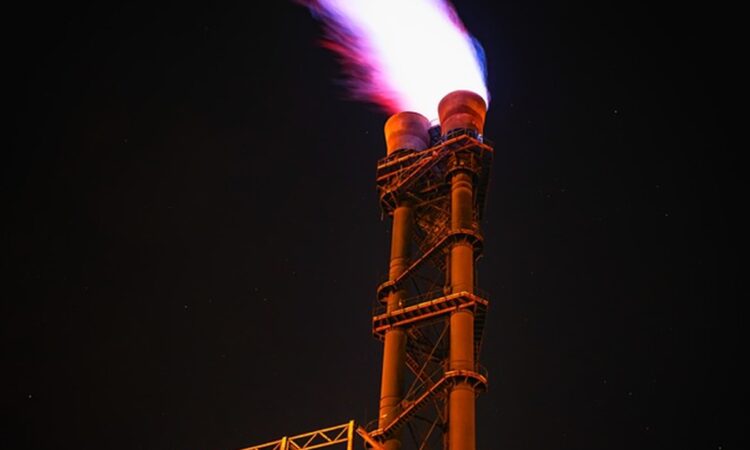 Natural gas, known by chemists as methane (CH4), is a potent greenhouse gas, with more warming potential than CO2.In addition, it is a natural by-product of many processes including oil extraction and processing. While it is valuable, it is a gas that is hard to contain because it is so volatile, so it is often burned away as a waste product during oil extraction when storage runs out. This is a waste of a product that could be sold and is harmful to the atmosphere as a greenhouse gas. However, researchers are actively working to figure out how to convert it into a valuable product instead with the addition of just one oxygen atom making methanol, CH3OH, which would be a commodity product and better environmentally. In theory, this sounds very easy, however activating and functionalizing the C-H bond is extremely challenging because C-H bonds are very stable and nonreactive, so it has been the focus of many researchers for decades!

It is challenging to find a system where the C-H bond can be activated, and the oxygen can be added to the C-H without the oxygen outcompeting the methane for oxidizing the catalyst. Oxidation is the loss of an electron, and this process can be controlled by apply a voltage using electricity to a system. Using an electron-rich metal-based catalyst called an organometallic is ideal for activating the C-H bond. The catalyst selected was a rhodium organometallic bound to large tetramesityl porphyrin groups. The bulky groups lead to selectivity for the small methane group by excluding larger molecules that may be present in the system. The reactions and structure of the metallic can be seen in Figure 1. The system includes a nanowire array electrode to drive the reaction using an applied voltage. The nanowire array electrode is composed of many very small wires, allowing for more surface area than a single electrode. First the catalyst needs to react with and bind the methane in the first step, then the methane needs to react with the oxygen to form methanol.

One of the main challenges in this process is that in the presence of oxygen, this catalyst would never select the methane and would instead be oxidized by the oxygen making is useless for C-H activation. To solve this, these researchers took their inspiration from biological systems and figured out a way to create spatially separate regimes for each of these two processes to occur. In one region, the methane would be activated by the catalyst, then it would migrate to the other region to react with oxygen and form methanol.

In the presence of ambient oxygen (O2), a voltage of 0.7 V was applied to the carbon electrode which drove the reaction to occur and regenerated the rhodium catalyst by replacing the electron that was lost. A schematic of the reaction pathways can be seen in Figure 2 showing the spatially separate reaction regions and the O2 gradient that is formed due to the presence of this electrode. The products were analyzed with 1H NMR, a characterization technique that allows for study of the hydrogen atoms in a system, finding the presence of methanol. Gas chromatography mass spectrometry (GC-MS), a separation and mass analysis technique, was also used to analyze the products.

This is an exciting progress in C-H activation and functionalization. Their system was also found to be useful in adding an OH group to ethane, propane, and toluene, meaning that if this is able to be scaled up to a larger size reactor it could be a new way to produce valuable products efficiently. The ideas of spatially separate reaction regions could also be a breakthrough for chemical synthesis and is a new method in the pocket of chemists.