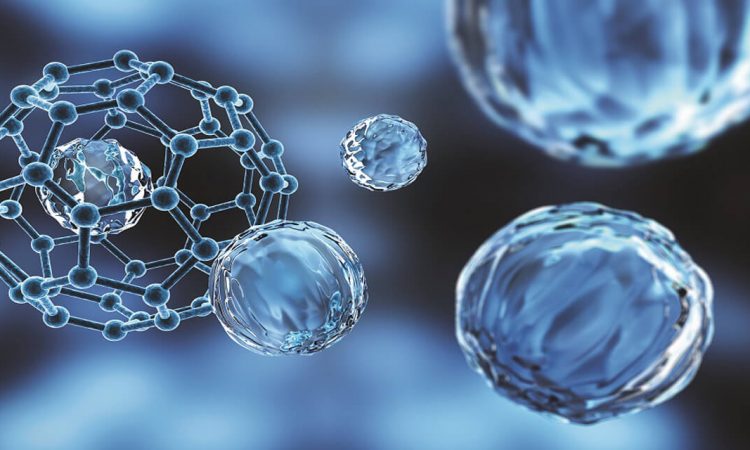 Nanomaterials have seen ever increasing interest as a unique solution within medical imaging, diagnosis, and treatment because of their extensive properties beyond that of classical materials. Chiral nanoparticles, meaning those that are asymmetrical, are of particular interest because of their potential to dramatically increase detection sensitivity. Many imaging methods rely on detecting how light is absorbed, scattered, or transmitted through the material (read: the body). Enantiomeric objects, or those with opposite chirality, tend to distribute light differently. Therefore, one enantiomer of a nanoparticle may be better in how it responds to light than the other, perhaps boosting the signal that reaches the imaging detector. However, due to their larger than average size and peculiar shape, relative to common metabolites like glucose (what your brain feeds on) or vitamin B2 (aka riboflavin, key to cellular respiration), nanoparticle accumulation and subsequent long-term toxicity within the body is a persistent problem.

One approach to solve this issue is using biologically abundant components such as DNA in the construction of these nanoassemblies. Recently, Kuang and colleagues developed a DNA-based chiral nanoassembly that has potential applications in metabolic live-imaging. Schematically shown in Figure 1a, silver and gold nanoparticles with a “yolk-shell” structure were tethered to each other using complementary DNA strands. Yolk-shell nanoparticles (YSNPs) have a simple spherical core and hollow shell structure, similar to an egg. They are appealing because their movable core and void-space within the hollow shell give them a low density and large surface area. This is particularly appealing for biomedical applications where one might want to encapsulate a fluorescent dye or drug for targeted administration. Then, an upconversion nanoparticle, which is a nanoparticle that converts two or more incident photons of lower energy into one emitted photon of higher energy, was fixed to the center of the tetrahedron assembly (Figure 1a, left).  Upconverting nanoparticles are also popular in biomedical imaging because “upconversion” produces a stronger signal, which is needed for deep tissue sensing.

Adenosine triphosphate, ATP, is most well known as the currency of life. Almost every cellular activity is relatable to ATP synthesis or breakdown. So, imagine if one could track ATP levels in real time. We could monitor cell viability, injury, and countless other processes as they happen! This would revolutionize metabolic diagnostics. The Kuang group used ATP-aptamers, special single-stranded DNA sequences that bind and change secondary structure in the presence or absence of ATP, to trigger the release of the upconversion nanoparticles. This means the more ATP present in the cell, the more upconversion nanoparticles are released, and the stronger the signal measured. This links the release of the upconversion nanoparticle to cellular metabolism through ATP levels. For example, an altered metabolism is one of the hallmarks of cancer. Within a tumor cell, the increased levels of ATP would trigger increased nanoparticle release and increased luminescent signal (Figure 1a, right, green glowing sphere), which could help in identifying cancerous tissue.

Furthermore, the Kuang group was able to induce autophagy, the cell’s natural clearance mechanism, by decorating the surface of the yolk-shell nanoparticles with the molecule L-glutathione (Figure 1b). Autophagy is when the cell forms membrane-based bubbles around cellular “trash” so that it can be broken down or recycled. Glutathione (GSH) is an abundant antioxidant defense and signaling molecule whose concentration and redox-state report on how much stress the cell is under. Together, oxidation of GSH tells the cell, “Hey, I’m stressed!”, so that autophagy can remove the stressors and restore balance.

Being able to induce autophagy helps solve one of the main problems with bio-applicable nanoassemblies. Conveniently, using L-GSH also boosts the detectable signal! The authors used circular dichromism (CD) to measure the difference in absorption of light caused by the left-handed enantiomer of GSH compared to the right-right handed. Remember, enantiomers are the pair of molecules with opposite asymmetry, or handedness. They respond to light in different, typically opposite, ways. When a connecting string (FGFT) is cleaved on the nanoassembly tetrahedron a yolk-shell nanoparticle is released (Figure 1a, right, scissors). Free yolk-shell nanoparticles can be detected by CD because of the chiral GSH molecules decorating their surface. When the CD signal of the left-handed GSH (L-GSH) is compared to the right (D-GSH), the L-GSH has significantly higher signal (Figure 2). So, by using specifically L-GSH molecules on the nanoparticles the authors were able to not only induce autophagy, but also increase detection.

While there are still many questions to answer before we’ll be ready to administer cancer therapy and monitor remission as the drugs take effect, Kuang and colleagues have shown that we can bio-image ATP concentrations inside cells. We can trigger nanoassemblies to disassemble, potentially releasing the drugs contained in the hollow shell of the particle, and we have an effective method of nanoparticle removal from the body. This is an exciting advancement for the field of cancer therapy and diagnostics!

The original article is licensed under a Creative Commons Attribution 4.0 International License. To view a copy of this license, visit http://creativecommons.org/licenses/by/4.0/.