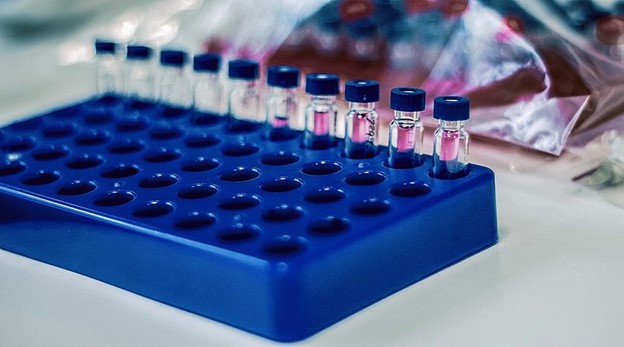 Featured image by Martin Schaier is licensed under CC BY 4.0

Lipids are one of four major classes of biological molecules that play an important role in cell structure and other biological functions. They are a critical component of the cellular membrane, involved in energy storage, structural support, signal pathways and even cancer development. Lipids are also the substrates and products of enzymatic process. To understand lipid chemistry and its role in biological systems, scientists want to examine their spatial distribution and structure, as these factors can impact their function and biological activity.

Studies of lipid composition are largely driven by mass spectrometry, such as electrospray ionization or chromatography coupled techniques. The ability to couple separation methods with mass spectrometry allows for well-resolved lipid detection, providing critical information on carbon count, the lipid class, and degree of unsaturation.

However, despite the strengths of mass spectrometry, these methods are limited for lipid elucidation. Information such as double bond geometry, location (lipid cis or trans), and fatty acyl stereospecific position are currently unresolved. To overcome this limitation, Claes et al., developed a novel approach using high pressure ozone-induced dissociation (OzID) with mass spectrometry.

The high-resolution isomer detection of mass spectrometry OzID is shown in figure 1. Claes et al., (2021) used MALDI mass spectrometry with OzID to investigate distributions of two monounsaturated phosphatidylcholines, PC 34:1 and PC 36:1, in rat brains. The mass spectrum in figure A for PC 34:1 and D for PC 36:1 shows two double bond positions for n-7 and n-9 isomers. The isomers are identified on the spectrum by their m/z peaks (mass to charge ratio) which is generally indicative of its mass. The distribution of PC34:1 and PC 36:1 in the rat brain are shown in figure B and E respectively. The relative distribution of n-7 specific isomer in rat brain is shown in figure C for PC 34:1 and F for PC 36:1. The experimental results show that PC 34:1 is more concentrated in the grey matter of the rat brain while PC 36:1 is in the white matter. In addition, n-7 isomer is determined to be more common in gray matter and cerebellum while n-9 is more common in white matter and cortex. These results demonstrate that lipid isomers are localized in certain areas instead of being widely distributed among the brain. This raises questions and further research on how specific lipid isomer distribution and localization can impact biological functions.

The ability to detect the distribution of lipids within biological systems such as rat brains are important for studies including structure and function elucidation. As lipids can have different biochemical functions, understanding the distribution can provide further insight regarding its biological relevance in specific tissues or processes. For instance, cholesterol plays an important role in cell membranes of mammals, where it has various functions such as structural stability and support for protein functions within the membrane.2 The association of cholesterol with saturated lipids promotes formation of raft like membranes, which are highly ordered lipid structures that have important biological roles such as cellular signaling. In contrast, an association for unsaturated lipids results in very fluid membrane, which alters membrane structure and function. Therefore, the ability to study and detect these changes are important to understand the full scope for lipids effect in biological systems.

Overall, mass spectrometry is a powerful tool for lipid detection and elucidation of lipid composition. Advancements in mass spectrometry techniques such as high-pressure ozone-induced dissociation, provide greater insight into lipid distribution with potential applications in fields of pharmacy and medicine.