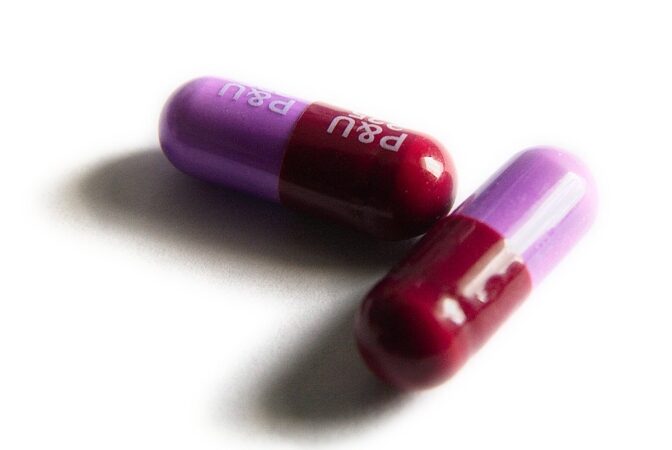 While vaccination is an excellent long-term tool to deal with the ongoing SARS-CoV-2 pandemic, treating people with active infections is also a vital part of the global pandemic response. The key factor is the use of antiviral drugs. However, as this pandemic has demonstrated, manufacturing is only half the battle. It is equally important that manufacturers are able to access raw materials. Molnupriavir is an antiviral agent that in phase 3 clinical studies reduced the risk of hospitalization or death by approximately 50% compared to a placebo. However, chemically synthesizing molnupiravir is difficult, requiring ten steps from the starting reactants and less than 10% overall yield. McIntosh et al. developed an alternative biocatalytic path that leverages the exquisite ability of enzymes to perform specific reactions. This new pathway requires only three steps (Figure 1) and improved the overall yield to 69%.

To achieve their novel route, McIntosh et al. turned to enzymes to catalyze the specific target reactions. The primary reactant, ribose, is a prevalent sugar used in nature, and there therefore is a wide range of naturally-occurring enzymes that modify ribose. Luckily, in previous work a reliable and high yield method to catalyze step II had been developed, meaning they already had a headstart. The first work that this group did was screening a large library of sugar-modifying enzymes for any that could form the glycosidic bond between the five-member ribose and the six-membered uracil ring (step IIa in Figure 1, transformation of 2 to 3 in Figure 2). The best performing enzyme was uridine phosphorylase from Escherichia coli, which was able catalyze this transformation with 40% yield.

Next, they needed to phosphorylate 1 to efficiently produce 2. They screened methylthioribose (MTR) kinases, which phosphorylate similar molecules, and used the MTR kinase from Klebsiella spp. However, this enzyme did not have as much activity as they were looking for, so turned towards artificial selection to evolve the Ks MTR kinase for their specific substrate. They were able to increase the activity by more than 100x, increasing the yield to 90%. They similarly optimized uridine phosphorylase to catalyze the reaction of 2 to 3 and increased its activity 80-fold.

The final step McIntosh et al. needed to perform was the conversion of the target carbonyl to an oxime (the unlabeled blue arrow in Figure 1), and for this they turned to lab-based chemistry, not enzymatic chemistry. They activated the target carbonyl with hexamethyldisilazane (HMDS) to become an OTMS group (“proposed reactive intermediate” in Figure 3), and (NH2OH)2⋅H2SO4 provided the hydroxylamine to form the final product. They found that NH4HSO4 and imidazole were necessary catalysts, producing a recovered yield of 86% for this step.

Figure 3: The conversion of uracil to an oxime, producing molnupiravir.

McIntosh et al. then combined all of the steps together, and they succeeded in their goal of creating molnupiravir from simple reactants in three steps at a much higher yield (7-fold higher) than the previous ten-step synthesis. The authors note that the advanced techniques they used to refine their MTR kinase and uridine phosphorylase enzymes for this reaction are a shining example of modern enzymatic implementation.