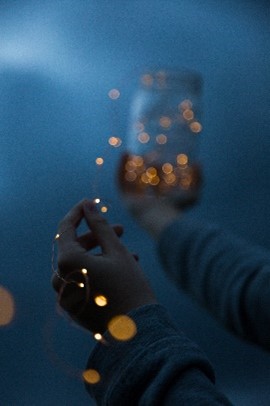 Pesticide use has become an increasing concern not only for their impact to the local environment, but also to our short- and long-term health. One such risk originates from organophosphates (OP), pesticides with a central phosphate atom linked to several oxygen or sulfur atoms, which block the same protein as the chemical warfare agent sarin. The protein, called acetylcholinesterase, normally breaks down acetylcholine in our bodies. When acetylcholinesterase cannot function, the buildup of acetylcholine between our synapses leads to respiratory arrest and fatal seizures. This is such a widespread issue that nearly 3 million people are poisoned annually around the world from OP pesticides, resulting in 300k fatalities.

Normally, pesticides are identified using expensive and instrument-intensive lab methods, such as mass spectrometry, liquid, or gas chromatography systems. However, scientists at MIT designed a new way to detect OP pesticides as sensitively and selectively as traditional methods at a significantly reduced cost. The secret to their new biosensor is freeze-dried E. coli mixed with a bioengineered bacteria called Shewanella oneidensis (abbr. S. oneidensis).

Here’s how the makeshift electrochemical cell works: Freeze-dried E. coli is mixed with S. oneidensis in a miniature bioreactor (term for any container that can support organic growth, from an enormous fermentation tank to a small centrifuge tube) containing an metal electrode. The E. coli, specifically designed to overexpress an enzyme organophosphate hydrolase (OPH) on its surface, degrades pesticides like parathion or paraoxon (an older insecticide about 70% as potent as sarin), into a product called p-nitrophenol. The S. oneidensis reacts to the p-nitrophenol and produces a current via external electron transfer, which allows microorganisms to transfer electrons inside their membrane to an external acceptor, like a metal electrode. The generated current can be monitored over time by an inexpensive digital multimeter and can quickly and visually confirm whether an OP pesticide was present in the inserted sample.

Part of the ingenious conception of the detection cell is that, unlike other two-microbe systems, one of the partners is not actively growing because it is freeze-dried. This removes the difficulty of growing two microbes with different nutritional and environmental requirements simultaneously while retaining its critical enzymatic function.

However, there are a variety of organophosphate and phenolic compounds naturally in the environment, hydroquinone, found in skin-lightening creams, and 4-methylcatechol, a human and plant metabolite, and dopamine – how can the E. coli or S. onedensis specifically measure the ones associated with our toxic pesticides?

This first gatekeeper was the surface enzyme organophosphate hydrolase (OPH). Like most enzymes, OPH has a substrate specificity, where it will only degrade certain compounds, thus acting as a filter for what will ultimately produce a response in the electrochemical cell (Fig 2A). However, the natural EET machinery in S. oneidensis is not as selective and may produce current from a variety of electroactive compounds. The scientists considered this and adjusted their setup so that a critical EET start protein, called CymA, would only be produced by the S. oneidensis in the presence of p-nitrophenol (p-NP). This was the second filter, whereby only p-NP producing OP pesticides would activate the EET system in S. oneidensis, such as pesticides paraoxon and parathion but not malaoxon(Fig 2A).

To check their setup, they added a fluorescent protein called GFP to the CymA – that way if CymA was being produced, they could monitor the fluorescent production of GFP over time. When they added phenol-containing contaminants hydroquinone, 4-methylcatechol and dopamine, they found no significant response from the S. oneidensis as indicated by no increase in fluorescence, but they found a significant and concentration-dependent response of S. oneidensis to p-nitrophenol, as shown by the increase in fluorescence (Fig 2B).

Combining the E. coli and S. oneidensis, called a co-culture, with the pesticide, the MIT scientists demonstrated that their system responds only to phenol-producing OP pesticides like parathion and paraoxon, in a concentration-dependent manner (Fig 3). This means the method can not only be qualitative, for a quick yes or no to the presence of OP pesticides, but quantitative, which can be useful to law enforcement and legal entities for regulation purposes.

This inexpensive and straightforward setup is a marked improvement over the current labor-intensive and instrument expensive methods to detect organophosphate pesticides. The electrochemical cell not only has great potential for easy scale-up and mass production, but also provides quick in-field detection. Implementing new and inexpensive measures of rapid field detection for sarin-like chemicals can strongly protect our health and ensure consumer confidence and security in their produce.