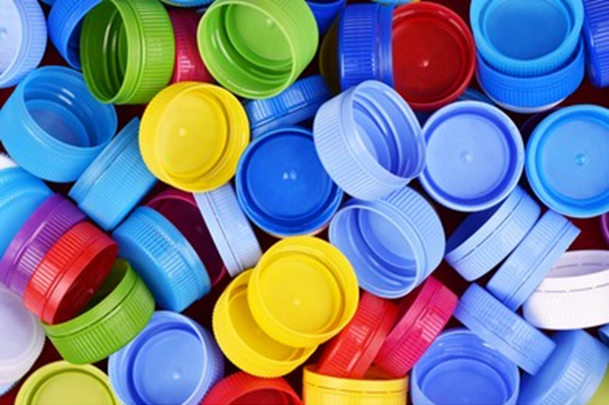 Plastic pollution is of growing concern because of its relative permanence and persistence in the environment. Production and consumption of plastics have grown exponentially in the last half-century; plastic waste has followed in lock step. While landfills and the incineration of plastic waste pose their own problems, one of the mounting issues surrounding plastic waste is its inevitable fate in the oceans.  As such, biodegradable plastics have become the target for plastic researchers. A group of researchers in Beijing, China has created a biodegradable polyester-type plastic that offers good performance.

The biodegradation of polyesters can be divided into two steps: the hydrolysis of the polymers ester bonds, followed by its mineralization (conversion to CO2 and H2O) by microorganisms. The first step is slower (i.e., rate determining) and is thus the focus of the researchers. They started with the copolymer polybutylene succinate (PBS), which is already partially biodegradable, and added lactic acid (LA) to create a copolymer with succinic acid (SA) and 1,4 butanediol, giving rise to the polymer poly(butylene succinate-L-lactide) (PBSL). The LA was expected to increase the number of hydrolyzable points on the polymer chain while maintaining its robust function. The polymer was synthesized using a one-pot melt polycondensation reaction scheme, which proceeds pretty much as it sounds—all reactants are mixed in a single pot, resulting in the polymerization of the reactants, generating PBSL and water (as a byproduct). The polymer was synthesized with molar LA:SA ratios of 10 to 70 % (see Figure 1).

The researchers then set out to evaluate the plastic’s degradation and other important physical properties. First, they investigated features such as crystallization and thermal performance using differential scanning calorimetry (DSC). These studies concluded that the melting point, crystallization temperature, and crystallinity of PBSL decreased with increasing LA concentration. The researchers hypothesized that this was the result of LA breaking up the BS units, and thus preventing the degree of crystallization that was previously seen in PBS. However, these LA units did appear to leave the main crystalline structure of PBS intact, as seen in relatively similar thermal decomposition temperatures, measured using thermogravimetric analysis (TGA).

The PBSL polymers offered lower tensile strength with increasing LA content, but also exhibited higher flexibility and greater elongation at break. Elongation at break and tensile strength can be seen Figure 2 below. In this way, the PBSL exhibited comparable behavior to a typical, non-biodegradable packaging material like low-density polyethylene.

The physical property testing was followed up with degradability experiments in natural seawater, from the warmer South China Sea and the colder Bohai Sea, for 440 days (see Figure 3). The mass loss of PBSL (with 7-to-3 LA:SA) in the South China seawater was 53%, compared to the same sample in the Bohai Sea which showed only 2.82% mass loss, as the warmer waters accelerate the diffusion of the degradation products.

The researchers also wanted to investigate the production of carbon dioxide as a means to study microorganism degradation in natural seawater. The degradation of plastics, eventually leading to carbon dioxide is the best-case scenario. In a custom-built experimental setup, it was found that PBSL with 30% LA had a mineralization of 16.2% after 379 days, compared to 8.9% of PBS. The researchers went on to look at the mechanism of degradation in seawater (seen in Figure 4). Using proton nuclear magnetic resonance (1H NMR), they concluded that the ester bonds are much easier to break when LA is inserted into a BS segment, They then tested hydrolysis in a phosphoric acid buffer for 456 days, which revealed that the total amount of hydrolysis byproducts increases with LA concentration, thus confirming LA’s role in promoting scission.

This study is unique because of how long the natural seawater experiments were run. The researcher’s predictions tracked as they expected for their novel polymer material.  While this new biodegradable plastic is not yet perfect, it is a necessary step on the path to creating rapidly biodegradable plastics. A world without plastics would be much more sustainable, however, it is unrealistic. Even in a world with perfectly and readily recyclable plastics, there will always be a waste stream that inevitably sneaks into our oceans. This work is broadly important for creating new and improved plastics, in line with our excessive plastic production and consumption.