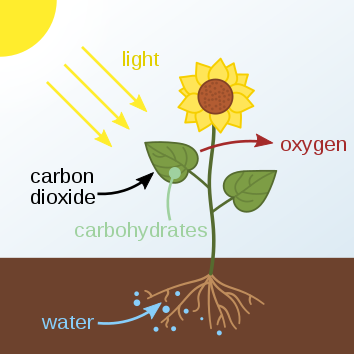 Title: Why nature chose the Mn4CaO5 cluster as water-splitting catalyst in photosystem II: a new hypothesis for the mechanism of O-O bond formation

The world is always in flux, constantly changing in response to stimuli (local and global); thanks to advancing theory and experimentation, we can begin to create an image of the earliest eons. For the first half of the planet’s 4.5 billion years, Earth was a harsh place to exist. Only the simplest single-celled organisms could thrive under the anaerobic conditions (i.e., without O2­). And then approximately 2.7 billion years ago, the atmosphere as we know it began to form, and the hospitable world became a reality.

The great oxygenation is believed to have been jumpstarted by ancient organisms known as cyanobacteria, which interestingly appear to be related to the chloroplasts found in plant cells. These species are capable of photosynthesis—the process by which an organism uses light energy and simple precursors (e.g., H2O, CO2) to generate storable energy. For many researchers, the natural photosynthetic systems are a source of inspiration in the quest to develop modern solutions to the environmental crises—the photocatalyzed water splitting reaction (2H2O → O2 + 2H2) remains a focus for many, as it represents a completely carbon-free route to energy dense H2 fuel (120 MJ/kg of H2 vs. 45.8 MJ/kg of gasoline). The first half of the water splitting reaction involves the oxidation of water to form O2 (2H­2O → O2 + 4e– + 4H+), a slow and energetically demanding reaction making it the bottleneck in the overall process. To encourage this process, a catalyst is required to facilitate the many simultaneous proton and electron transfer steps. Nature has evolved a near-perfect enzyme to carry out such a reaction, the so-called Oxygen Evolving Complex (OEC) located in photosystem II (PSII), found in the thylakoid membrane. Only relatively recently have we begun to understand this enzyme.

Figure 1: (A) Crystal structure of active site of Oxygen Evolving Complex of Photosystem II showing arrangement of metals in metal-oxo core, as well as amino acid residues, Cl–, and H2O ligands; (B) one proposed mechanism of water oxidation, which proceeds through a series of proton-coupled electron transfers before eventually releasing O2. Reprinted with permission from Zhang and Sun, Dalton Trans. 2018, 41, 14381-14387. Copyright 2022 Royal Society of Chemistry under CC NC 3.0.

Advances in X-ray crystallography have allowed researchers to identify the exact atomic arrangement of the metals found at the active site (Figure 1A)—how cool is it to be able to see individual ions? These studies indicate that the active site contains a metal-based cluster containing four manganese (3 Mn3+ and 1 Mn4+) and one calcium ion. Four metal ions occupy alternating vertices of a distorted cube (i.e., Mn3CaO4), while the last Mn is left “dangling” from one of the corners. The cluster unit is stabilized by several ligands in the form of various amino acid residues, Cl– anions, and critically, H2O molecules.

Though debates surround the water oxidation mechanism, most agree that this involves a series of sequential oxidations of the metals at the active site in a process known as the “Kok cycle” (Figure 1B). In this cycle, each Mn3+ loses an electron to form the Mn4+ ion, leading to the highly oxidizing cluster capable of carrying out the four electron oxidation steps. How this process eventually leads to the formation and release of O2 is hotly debated, and there exists many valid proposals. In this case, the following mechanism for O2 generation (Figure 2) is suggested:

Figure 2: Proposed mechanism for water oxidation to form O2, through a series of oxidation events (S0, S1, S2, S3) triggered by absorption of light, known as the Kok cycle. This novel proposal includes the formation of the highly charged Mn7+ ion (S4), which facilitates formation and release of O2. Reprinted with permission from Zhang and Sun, Dalton Trans. 2018, 41, 14381-14387. Copyright 2022 Royal Society of Chemistry under CC NC 3.0.

With these insights, it’s easy to understand nature’s “logic” in designing this enzyme. Mn is an obvious choice as it’s highly abundant in the earth’s crust (12th most abundant element), and it also offers great versatility in terms of its redox capabilities, forming stable ions from Mn2+ through Mn7+. The other component, Ca, is also readily available (5th most abundant element) and behaves as a hub to stabilize the cluster and hold water molecules during catalytic cycling.

In the quest for sustainable H2 generation to kickstart the future hydrogen economy, we need a hero. Globally, researchers are interested in developing molecular systems that are inspired by the OEC, in terms of structure and composition. As such, metal-oxo clusters containing various combinations of redox-active transition metals (and lanthanides) occasionally with various other S-block metals are of great synthetic interest. In the quest to heal our planet, we should ask for Mother Nature’s advice.

PhD candidate at the University of Florida investigating the synthesis and properties of metal-oxo clusters. Broadly interested in science outreach, advocacy, and the development of positive science policy. If I'm not in the fume hood, you'll find me training for my first marathon or supporting my beloved Philadelphia 76ers.