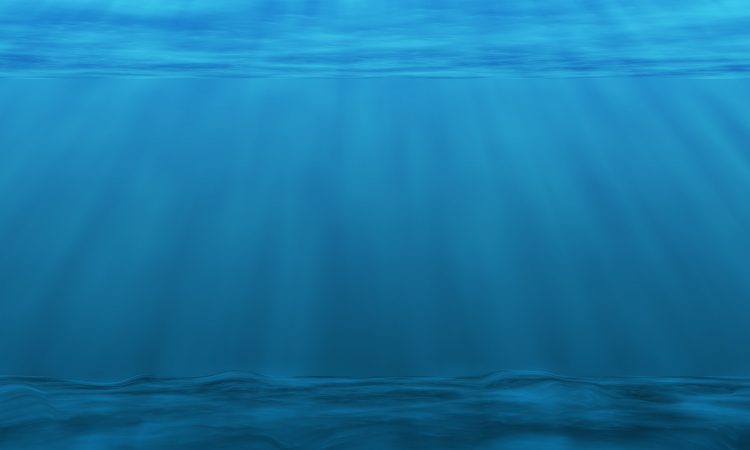 Title: Abiotic synthesis of amino acids in the recesses of the oceanic lithosphere

As described in previous bites, chemists are doing their part in the investigation of the origins of life. Among the different theories, there is one, the hydrothermal origin theory, that suggests life evolved near submarine hydrothermal vent systems (hot spring), where chemical elements and peculiar environmental properties (e. g. moderate temperature and slightly basic pH) could have promoted it.

This paper is looking at the abiotic (non-biological) synthesis of amino acids (building blocks of proteins) in the presence of the Atlantis Massif rocks near the Mid-Atlantic Ridge (MAR), the longest mountain range in the world, in the middle of the Atlantic Ocean floor (Figure 1). Figure 1: Topography of the Atlantis Massif highlighting the location of the Lost City Hydrothermal Field. (NOAA Photo Library [CC BY 2.0 or Public domain], via Wikimedia Commons)

Atlantic Massif is a dome-shaped underwater mountain different from all the surrounding hills, made of peridotite (Figure 2), a green rock found in the mantle level of the Earth (at least few miles deeper than the Ocean floor).  This rock is part of the cause of the existence, on the Atlantis Massif, of the hot spring system, with the temperature between 50 and 150 °C, called Lost City Hydrothermal fields. The heat of these springs is due to serpentinization, a chemical reaction (that happens below the sea floor) between the iron in the peridotite and the water and that produces hydrogen molecules (H2) in high quantities. During this reaction, part of the energy that was stored in the chemical bonds is released as heat and generates the hot springs. Is this special environment (high temperature, H2, slightly basic pH, the presence of iron and ammonia) able to support the synthesis of amino acids and justify a hydrothermal origin of life?

The author of this paper examined a rock that was drilled from the Atlantis Massif at a depth of ⁓173 m below the sea floor. In the rock, iron-rich minerals, such as serpentine and saponite were found. Saponite is a silicate clay mineral, in the family of smectite, with a particular structure with sheets and pillars. This type of minerals is made of silicate layers that are negatively charged with magnesium and aluminum cations in the interlayer space.

Many techniques were used to analyze the rock: electron microscopy (SEM and TEM), UV microspectroscopy with fluorescence (S-DUV), infrared spectroscopy (S-FTIR) and mass spectrometry (TOF-SIMS imaging). Among those, S-DUV was used to identify possible fluorescent species in the rock. An aromatic amino acid, tryptophan (Figure 3), was observed mostly in the saponite mineral. Its presence was confirmed by S-FTIR and TOF-SIMS with which structure and fragmentation were furtherly studied. Via S-FTIR, other molecules with nitrogen in aromatic rings were found.

Moreover, the absence of protein-like structures or any other biopolymers indicates that no microbial organism was involved in the synthesis of the amino acid, confirming a non-biological source.

TEM imaging was used to observe the 3D structure of the saponite. The layer moiety allows sorption and exchange of ions or organic molecules when water and clay interact. This causes the clay to move apart and disordered layers to form. House-of-card structures and nanopores where the synthesis of tryptophan mainly occurred were identified.

Moreover, in this mineral Mg2+ and Al3+ were mainly substituted by Fe2+ and Fe3+ enhancing the surface acidity and therefore its catalytic activity. Saponite structure is, in fact, already well known to catalyze (promote) the reduction of inorganic nitrogen species, such as ammonia (NH3) and the abiotic synthesis of aromatic hydrocarbons (organic compound consisting only of hydrogens and carbons). Moreover, similar minerals are commonly used in industry, in the Friedel–Crafts reactions, to attach a substituent group to an aromatic molecule (Figure 4)

The proposed mechanism suggests the synthesis of the tryptophan indole ring (aromatic ring in the tryptophan) from NH3, H2 and inorganic carbon (that are present in the Atlantis Massif and in the water) and then a Friedel-Crafts reaction to attach the substituted carbon chain.

The presence of amino acids below the ocean floor level, within the porous of mantle rocks, shows the possibility of abiotic synthesis of these amino acids after hydrothermal alteration of oceanic rock. Although other studies need to be conducted on the types of amino acids that can be synthesized in this environment, it can have very important implications supporting the hydrothermal theory on the origin of life. Indeed, amino acids can catalyze the synthesis of other biomolecules (sugars and nucleotides) and could have been the first form of biomolecules on Earth. In a different scenario, they could have been able to direct the metabolism of ancient microbes living in the mantle rock of the Atlantis Massif.